Arlene’s Flowers is a florist in Richland, Washington that was approached by long-time customers to provide flowers for a same-sex wedding ceremony. Arlene’s owner, Barronelle Stutzman, declined the opportunity explaining to the customer that her faith wouldn’t allow her to be part of that event. According to Ms. Stutzman, he said he respected her position and they parted on good terms. 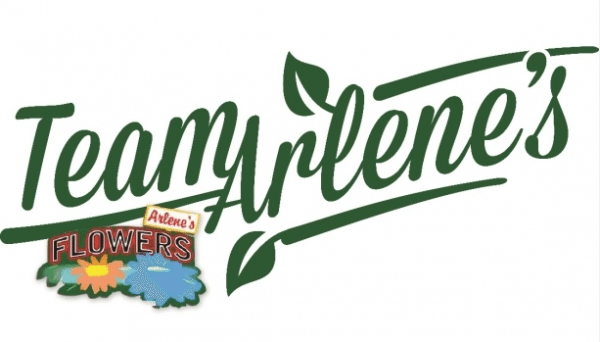 Who is suing Arlene’s Flowers?

Most cases alleging discrimination on the basis of sexual orientation originate with a disgruntled customer. This case is unique, however, because the lawsuit has been brought by Washington State Attorney General, Bob Ferguson (360-753-6200), on behalf of the State of Washington. Arlene’s Flowers has been accused of violating of the state’s Consumer Protection Act, which exists to protect the public from unfair or fraudulent business practices. Further, the American Civil Liberties Union (ACLU) is also suing Arlene’s Flowers and it’s owner, Barronelle Stutzman, after she refused to give in to their demands to apologize to the gay men, donate $5,000 to a gay community youth center, and relinquish her U.S. and State Constitutionally protected free exercise of religion among other liberties.

Who is paying for the lawsuit?

We are. The Attorney General is funded by the taxpayers, so this lawsuit against Arlene’s Flowers is being funded by taxpayers. These are your tax dollars at work.

Is this because Washington redefined marriage to include same-sex “marriage”?

Yes and no. Prior to the redefinition of marriage in Washington, a state statute was enacted that prohibits discrimination on the basis of sexual orientation. Cases like this have arisen in other states where marriage has not been redefined using similar non-discrimination statutes. However, redefining marriage made controversies like this much more likely to happen because the legal definition of marriage is now at odds with millions of Washingtonians beliefs about what marriage is.

Why shouldn’t Arlene’s Flowers have to provide services for a same-sex wedding?

The key issue is whether individuals should have the liberty to choose what their artistic, professional services are used for. Should a web designer be required to design a website for a cause he disagrees with? Should a print shop be required to print literature in violation of his beliefs? Should an artist be required to paint a picture that would be offensive to her simply because someone is willing to pay her? Artistic expression is a constitutionally recognized and protected form of speech. In the same way that your right to speak is protected by the First Amendment, so is your right not to speak. In this case, Arlene’s Flowers is simply choosing not to speak in this venue.

Isn’t this like separate lunch counters for blacks and whites during segregation?

No. This case illustrates the difference between discriminating based on sexual preference and making decisions based on your beliefs about marriage. A policy refusing to serve gay people under any circumstances would be discrimination based on sexual preference. That would also be like segregated lunch counters. In this case, however, Arlene’s Flowers had no such policy refusing to do business with gay people. In fact, they have employed gay people and had happily and knowingly served gay people for years without any claim of discrimination or hostility. However, this particular event was something they did not want to lend their artistic, professional services to because of their beliefs about what marriage is. You cannot have a policy refusing service to all Mexicans or Japanese people, but you cannot be compelled to do something you don’t wish to do simply because the person asking is Mexican or Japanese.

If they would do it for a straight wedding, isn’t their refusal to serve a gay wedding discrimination based on sexual orientation?

No. Should a business be forced to be part of a gay pride parade if asked to do so because the person is gay and wouldn’t be asking if he weren’t? Should a Muslim person be forced to lend their services to an Easter service because you can’t discriminate on the basis of religion and the person wouldn’t be asking if he weren’t Christian? The fact that a person happens to be part of a group covered by the non-discrimination statute does not mean it’s illegal to ever decline to do business with them. It just means that you can’t have a policy of refusing to deal with that class of person.

How can I support Arlene’s Flowers?

If you wish to make a contribution specifically to support the legal team of Arlene’s Flowers, please make a tax deductible contribution to the Alliance Defending Freedom.

Contact your Legislators at 800-562-6000 and Attorney General Bob Ferguson at 360-753-6200 to express your support of the constitutional rights of Barronelle Stutzman, the owner of Arlene’s Flowers:

Hand Deliver an Arelen’s Flower to the Attorney General

Write a Letter to the Editor

Share your thoughts about this issue with your local community.

Discuss how to educate your elected officials, as well as your community, about the need for religious freedom protections in Washington State.

Receive Updates and Inform Your Friends

Subscribe to FPIW news and alerts at FPIW.org! Select “I want to join TEAM ARLENE” as your subscription interest.

Online or in Person: