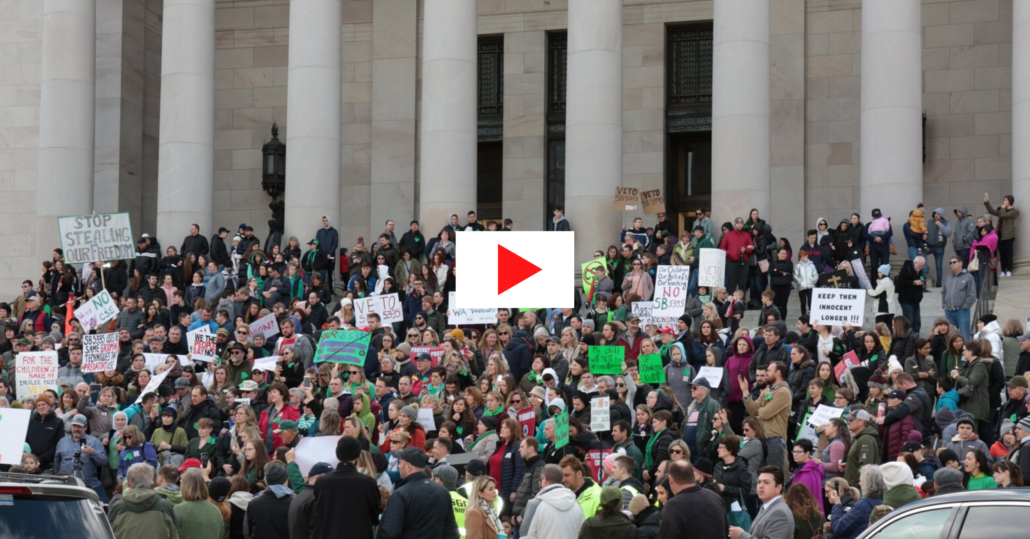 Dozens of schools, churches, and events in Washington State have already responded to Governor Jay Inslee’s blockade ban on meetings of more than 250 people, and more certainly will by the weekend. And while we join others in advocating for hygienic habits and safe practices in regard to crowds and vulnerable populations, we cannot allow the fear to keep us from engaging in government at such a critical time.

Leftist politicians aren’t allowing the coronavirus to stop them from forcing bad legislation ahead while the public is distracted, and we can’t take a day off from fighting them on it.

The present majority-ruling party in our state government has given us no reason to trust their word or judgment on much, if anything. We most certainly can’t trust them to protect the innocence of our children!

The curriculum the OSPI intends to impose on our children, through the passage of HB5395, recommends that fourth graders learn the meanings of words like “clitoris” and “ejaculate.” Another teaches kindergarteners proper names and slang terms for female and male genitalia – along with their sexual function – and then has them use Post-It notes to identify those parts on fellow students.

This bill is dangerous, plain and simple.

If you haven’t already, please call the Governor’s office and ask the governor to VETO Senate Bill 5395. Thousands have already called, emailed, and shown up in person – please add your name to the list.

In the interest of full disclosure, Governor Inslee is widely expected to defy parents and sign this bill – despite outcry from concerned parents. If this happens, we will continue to fight through the implementation phase and ensure that Washington parents have all the information they need to keep their children safe from public school sexual indoctrination.

If you are concerned about this effort and want to support FPIW’s work to prevent leftist sexual ideas from being taught in public school classrooms, please consider pitching in to help us reach more parents. A few dollars makes a big difference.