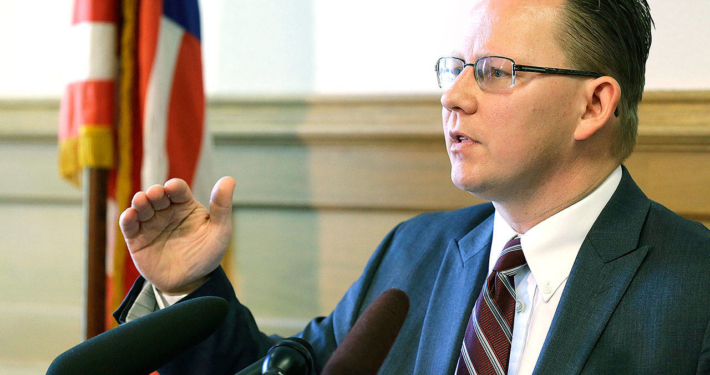 As a former member of the Washington House and Senate, I’ve had many opportunities to work with Chris Reykdal, currently Washington’s Superintendent of Public Instruction. Chris is a very intelligent, genuine, and honest man – someone I, despite our many disagreements, have always respected.

But I will admit that I was a little surprised last week to see Reykdal go so far as to claim that a federal Department of Education rule regarding religious institutions hiring only people who practiced and believed in their religion was, in fact, a violation of human rights. (Of course, this could open a deeper conversation about the meaning of human rights, but we’ll save that for another day).

His tweet was in response to an Orlando Sentinel reporter’s story about faith-based schools in Florida who receive federal funds through an authorized state voucher program.

As Superintendent of the State Washington, I will fight this relentlessly! The DeVos admin will keep pressing this through rule and the courts. This violates separation of church and state and it violates human rights. We will not yield to discrimination or privatization. https://t.co/oq0G9AdCps

While the frustration expressed by Reykdal did include his interpretation of the separation of church and state, it appeared to me that he was actually more concerned that faith-based schools were allowed to receive funds and simultaneously not be expected to violate their own statements of faith and beliefs on marriage, sexuality, and human identity.

At its core, I believe this tweet is actually a confirmation of the fact that a hostile pagan or radical secular anti-Christian agenda is now dominating WA state’ public school system. While I believe that progressives, pagans, and the new radical left greatly and perhaps intentionally misunderstand the intent behind the concept of the “separation of church and state,” the fact that government would expect any religious entity to abandon the very tenets of its own faith in order to receive public funding is ridiculous, and counter to the 200 plus-year history of our country.

This statement by the Washington education chief was a direct appeal to force schools to be abandon their religious beliefs on marriage or sexuality, and to adopt the radical progressive or pagan moral positions. In order words, we want the state to spend money to turn all Christians, Jews, Muslims, Buddhists, and others into believing Pagans and atheists.

Of course, no organized religion can survive when a tyrannical government is able to force religious organizations to hire teachers, preachers, or leaders who teach or work against the organization’s own stated faith.

The U.S. Supreme Court is hearing a case right now, Espinoza v. Montana Department of Revenue, which may overturn the bigoted, KKK-supported Blaine Amendments (of which Washington has one) which prohibits faith-based schools, from receiving public funding for educating children while allowing only pagan or radical secular schools to receive money.

Mr. Reykdal, I cannot predict the future, but if the U.S. Supreme Court overturns the Blaine Amendment and rules in favor of religious freedom, I can promise you that Christians, Jews, Muslims, and other religious believers will demand parental choice and abandon, in mass, the harmful, leftist-dominated, highly sexualized, public-school systems, in favor of private charter schools. The Family Policy Institute of Washington will be a leader in this fight for religious freedom and parental choice in schools.

The first line of the U.S Constitution’s First Amendment is clear and unambiguous: “Congress shall make no law respecting an establishment of religion, or prohibiting the free exercise thereof.”

It is time Chris Reykdal and the leftist, secular establishment here in Washington state reject KKK-supported Blaine Amendment provisions and end the blatant discrimination and prohibition against Christians and other faithful religions in regard to school funding.

The battle against religious bigotry begins this year here in Washington State.

Women Under Attack by Democrat-Controlled Legislatures