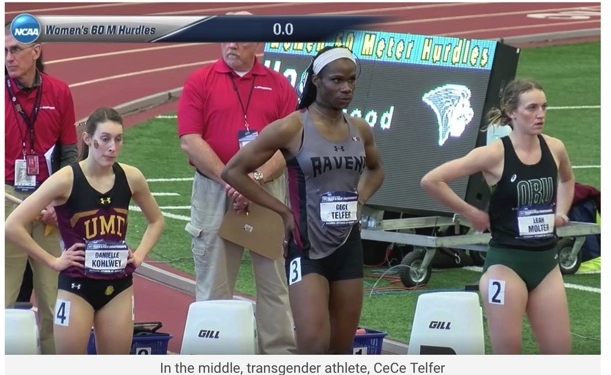 HB 2201, a bill to protect women’s sports in Washington State, has been introduced by Rep. Brad Klippert (R-Kennewick).

Women’s sports have long been a method for women to achieve scholarships or compete on the world stage. If women are forced to continue competing against male athletes, who, in every way other than their own claim, are men and have a clear biological advantage in many cases, women’s athletic achievement will be at significant risk.

Several states are seeking to implement these protections for women in 2020.

As the war on biology by pagan activists and anti-science radicals has progressively devolved over the last few years, the distinction between male and female, once soundly protected by the scientific realities of chromosomal anatomy, has been intentionally blurred and distorted in a social experiment aimed at creating a utopian, “genderless” world.

While many of the national stories on the issue of gender and “gender dysphoria” tend to focus on children, one of the more immediate casualties of this political social experiment is actually true, biological women.

Pagan and anti-science activists have spent a lot of time and resources selling society a narrative that men and women actually have no biological distinctions, and that gender is a mere “social construct” that need not be applied any longer. Despite a general appreciation for observed science in many states, many of these activists have actually been somewhat successful in their sales pitch.

Even the Olympic Committee has relaxed its previous requirements that men who claim to be women must have sex reassignment surgery before being allowed to compete as a woman. Now, it merely takes a verbal statement, “I am a woman,” to compete – even on the Olympic stage.

It isn’t hard to imagine scenarios where biological women are significantly diminished or even eliminated from their own sports.

Even the Women’s Liberation Front (WoLF), an organization comprised of typically-liberal radical feminists, believes that leftists have gone too far in their efforts to promote a genderless world, and have actually implemented policies that hurt women.

And former Olympic athletes are weighing in, too.

Ana Paula Henkel, a former Brazilian Olympic volleyball player, had this to say: “This rushed and heedless decision to include biological men, born and built with testosterone, with their height, their strength and aerobic capacity of men, is beyond the sphere of tolerance. It represses, embarrasses, humiliates and excludes women.”

While it’s certainly possible to make sound logical arguments on behalf of women’s sports, we also believe that the Bible was clear about God’s design and intention for mankind: “Male and female created he them; and blessed them, and called their name Adam, in the day when they were created” (Genesis 5:2 KJV).

If you want to protect women’s sports, want to push back on progressives’ gender-fluidity push, or even simply have a reverence for biological science, please call or email your legislators and ask them to support HB 2201. You can find your legislator and their contact information here.