The Washington State House Democratic Caucus made a bold statement, and history, in recent weeks in choosing 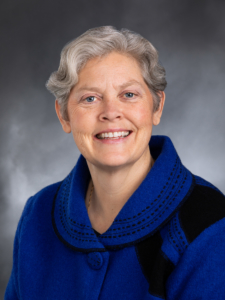 Rep Laurie Jinkins (D-Tacoma) to be the first woman, and first lesbian Speaker of the House. She replaced long-time serving (20 years) Speaker Frank Chopp who was recently pushed out mid-term in an unprecedented maneuver by the growing number of radical leftists taking over the Democratic Party here in Washington and across the country.

Chopp, once known as one of the most liberal Democrats legislators, has increasingly been seen as too “conservative” and “pragmatic” (ie negotiates with conservatives and Christians) by the newer, more radical Democrats. Rep Jinkins, more liberal and with a much higher intersectionality score will officially become Speaker when the House votes next year.

Jinkins, as an elected official and colleague was always professional, of good humor, and kind to me, despite my being the only pro-life and pro-traditional family Democrat serving in the House eight years ago. However, she was and remains a tireless and vocal champion for implementing radial abortion, sexual orientation and gender ideology (SOGI) policies as a legislator and previously as an activist. She has stopped bipartisan efforts to find common ground between Christians and the radical feminists and SOGI groups and activists.

For example, Rep Jinkins killed a bipartisan gay conversion therapy bill which passed the Senate a few years ago.  With her leadership, the Legislature later passed a much more radical bill effectively makes it a firing offense for therapists to teach a child with homosexual feelings to be abstinent, deleted Biology 101 regarding male and female, and suppresses Christian speech.  When victims of sexual abuse tried to appeal to her to not allow biological men in girls’ and women’s bathrooms and lockers rooms, she refused to hear them and literally shut the door in their face.  The Democratic Party used to champion 1st Amendment rights—not anymore!

Between the election of two uncompromising SOGI champions, Tina Podlodowski as Democratic State Party two years ago, and Rep Jinkins as Speaker of the House, the Democratic Party has signaled its complete rejection of Christians. The Democratic Party used to be a place where Evangelical Christians, Catholics, Mormons, and many faithful Christians had a Party that could represent them and supports them for office. Not anymore.

Despite LOUDLY proclaiming their record diversity, they now have officially blacklisted Christians from their “big tent” party. This used to be known as hatred and bigotry, but they have essentially pushed 35% of the state into a deplorable category that makes us either unmentionable and invisible; or demonized and persecuted. And they call President Trump a bigot?!?

Unless Christians start evangelizing, hearts will never be changed, and we can never expect to see faithful Christians elected as a Democrats in WA State again. With the majority Democratic Caucuses now having zero faithful Christians in their midst, their legislative policies are becoming an existential threat to Christians.

We pray for Speaker-designate Jinkins’ success, and for a miracle. However, we do not expect her or the Democratic Party to make any attempt at reaching out to Christians for negotiations or compromises or considerations when it comes to dealing with us and our concerns on life, family, children, and the growing religious bigotry.

Their path seems firmly fixed on first stigmatizing, then destroying faithful Churches, Christians, and businesses that hold true to the Gospel of Jesus Christ in this state.

Even worse, we expect her as Speaker to lead the charge to pass policies that will marginalize and ultimately destroy life, family, children and religious believers in Washington. While there are and have been LGBT legislators who Christians can work with, Rep Jinkins is not one of them.

Pray for us, and help us unite Christians as we prepare to stop the encroaching darkness that is being pushed forward by the new radical Democratic Party and Legislature.