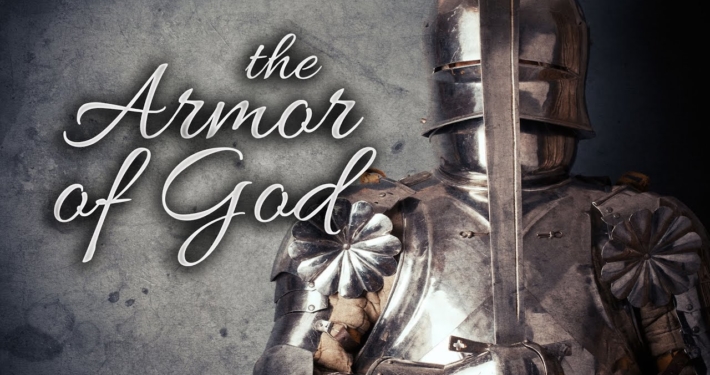 As Christians, we are compelled to be activists, not pacifists. But in the midst of our activism to affect positive change on mankind, sadly we are more frequently coming into conflict with others also claiming Christianity.

Many of those CHINOS (Christians In Name Only,) are not willing or interested in affecting change if that change requires personal action. They hold to the name of Christ, but they do not keep the commandments.

A critical rub between Christian activists and Christian pacifists is occurring because of that resulting disparity of emphasis placed on spiritual works.

We call upon all brothers and sisters in Christ, to join us in our activism. Join the actual spiritual war for souls. Not an academic or metaphorical one, but instead join us in the escalating civic and cultural one that is preventing the lost from hearing the one true Gospel of Jesus Christ.

Duty in this war requires more than occasional attendance at praise and learning services. Duty in the war for souls, in this year of our Lord, 2019 and beyond, requires more personal action than in any time in American history.

Duty still requires daily prayer, prayers that God will clothe us in his full armor. But those prayers must now be prayed with the expectation that the armor will be utilized.

They must now be prayed with the expectation that our armor will become muddied, and dented, and torn, as the enemy’s tactics are intensifying. Our church walls have been breached.

But the enemy has now organized those wandering souls, into civically armed regiments, intent on silencing Christians from ever publicly speaking, Biblical truth. The American Christian church has never seen this tactic.

God’s gracious peace has blessed American Christians for almost all of our 242 years. That in part has caused many to forget Satan is a lion seeking whom he may devour.

Through those centuries the American church allowed and even encouraged, the flourishing of Christian pacifists. “Blessed are the peacemakers,” became the central orthodoxy. Now under a coordinated barrage of hate-speech accusations from every direction, the church is woefully unprepared to launch counter-offensives.

Preparation for this new assault requires a major reformation of Christian church-thought and practice.

A simple example: going forward, as we sing the hymn, Onward Christian Soldiers, the lyrics – marching as to war – must take on literal meaning.

The times demand a redefinition of duty for Christians. We must move beyond prayer and into activism, to keep our rights to minister in the future.

James 2:26 says, “Faith without works is dead.” An army without offensive tactics, is little more than the uniformed, walking dead. A religion that is unwilling to retake offensively cultural ground, that’s been lost in spiritual battle, will also soon be dead.

Christian duty, now must include engaging in inevitable verbal conflicts. These conflicts are escalating as we speak Biblical truth to an ever-expanding legion of reprobates. A reprobate is a soul that can no longer hear spiritual truth.

And perhaps above all, for our mission to survive through this war, Christian duty now requires a specific daily prayer; “Lord help me to overcome the satanic temptation to desert my post.”

General Patton in WWII said, “fatigue makes cowards of us all.”

Rest assured, during the battle:

But we will rigorously resist your misperception that we are less Christ-like for our bold activism, and we will chastise you for it.

And we will not apologize for the discomfort, that our condemnation of your apostasy, is causing us all.

We will be undeterred in our mission to fight on every plane, spiritual and physical, for the souls of men.

When Christ calls us, he calls us to sacrifice, even unto death, but always to action. That duty shall be daunting and virtually impossible for the Christian pacifist.

Allen Whitt is the President of the West Virginia Family Policy Council and Family Policy Institute.  We thank him for sharing his essay with us.