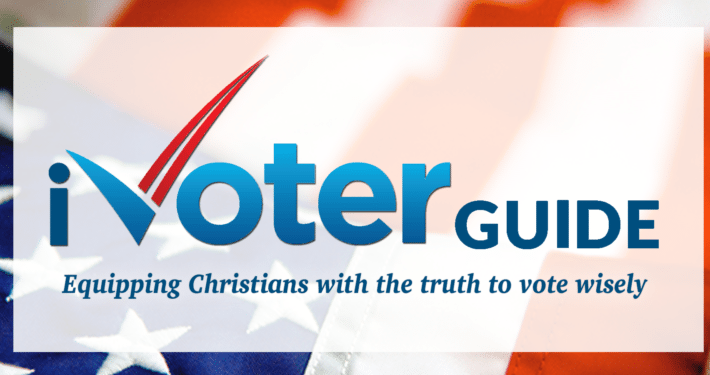 Making the case for Christian engagement in the culture isn’t a difficult thing to do. Christ’s lordship is over all areas of life and that’s abundantly clear in his word. Our Creator is not to be compartmentalized.

Today is November 5th, meaning tomorrow is the last day to vote in the different races for the various legislative, executive, and judicial offices. When we do so, we are not stepping out of the realm of spiritual things and into the supposed realm of secular things. There is no such thing. God is God over all. Our votes are an extension of our faith and an application of our values. That isn’t something to take lightly.

There are many important issues to account for when voting, but none should direct our decision-making more than the killing of babies in the womb. No one cares about the state of the German economy under Adolph Hitler. Even considering such a thing when taking stock of the state of 1930s Germany would be ridiculous. The German government was killing human beings on an industrial scale rendering other political issues trivial by comparison. Yet, here we are in the 45th year of legalized murder in the womb. Other issues are no less trivial when contrasted with that. 2,600 babies will be killed every day in the United States of America and 47 of them will be killed right here in our state. No political impulse should outweigh our desire for their survival.

That’s not to say it’s the only important issue; religious liberty, family rights, school choice, and the economy, among others, are important battles as well. Keep them in mind but also in perspective.

The impact of Christians upon the civil magistrates must be felt if things are going to change for the better. Voting is the most direct way of doing that. Make sure you vote.

Still looking for help with your ballot?  Check out ivoterguide.com, webelievewevote.com, waelections2018.com, and pastorspicks.com, and find candidates who reflect your values on life, religious liberties, family, and parental rights this election season.