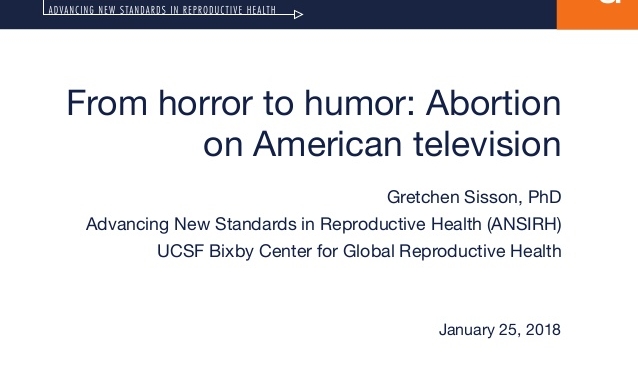 We’ve written before about the fraudulent nature of the “pro-choice” label. If you weren’t convinced then, you should be after reading this. The nation’s premier abortionist training school, the University of California San Francisco, is coaching future abortionists to convince conflicted mothers into killing their babies.

The UCSF Bixby Center for Global Reproductive Health is a “medical school” through which the abortionist training program, known as the Kenneth J Ryan Residency Training Program, is run. The program was founded in 1999 by former National Abortion Federation president Uta Landy and is funded by billionaire abortion activist Warren Buffett to the tune of about $50 million per year.

Between chapters regarding the different methods of killing preborn human beings, their “Early Abortion Training Guide” contains a section on pregnancy counseling. In it, abortionists are coached through the process of convincing pregnant mothers to kill their offspring. The following are suggested lines for use by abortionists:

Later in the chapter, directions are given for convincing religious mothers to kill their babies. This includes giving them books regarding the supposed moral affirmation of abortion given by different faiths and referring them to religiously identifying pro-abortion organizations. The objective of this spiritual counseling is to figure out “what is getting in the way of [the mother’s] feeling like a good person,” and finding a way to justify child sacrifice within the framework of her religious beliefs.

Nowhere in the “Pregnancy Options Counseling Techniques” section of the guidebook is any alternative to abortion addressed. These people would have you believe they’re “pro-choice.”

Of course, that’s nonsense. They are abortion enthusiasts and profiteers. No money is made and no ground taken in the sexual revolution by referring pregnant mothers to adoption agencies or legitimate, non-murderous hospitals.

Their objectives are clear and the necessary response on our part, equally so. We must relentlessly call abortion what it is, murder, and call the abortionists at UCSF and elsewhere what they are, murderers. Many have given up the pretense of even denying these accusations leaving no good reason for us to let them off the hook by choosing soft language.

Further, we need to act like abortion is murder. Act as though you live in a society that has killed 60 million innocent babies because you do. There are people all over the state doing great work to expose the evil of abortion. That message needs to be amplified and your involvement helps accomplish that.

A Good Week at the Supreme Court