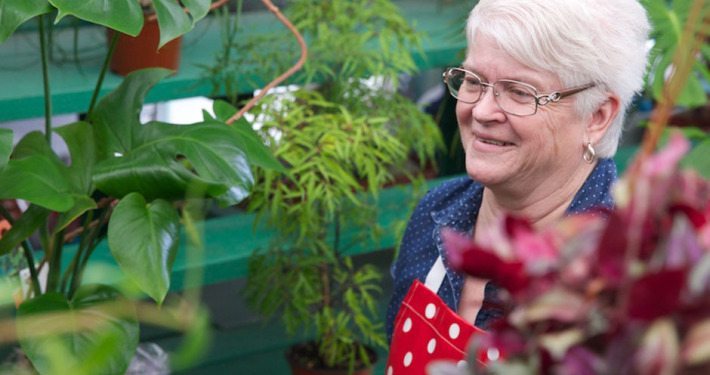 This is the last week for the justices of the US Supreme Court to issue opinions on cases that were argued this term.  Two cases we’ve been watching closely, beside the already issued Masterpiece Cakes, are NIFLA v. Becerra and the disposition of Barronelle Stutzman’s case in Arlene’s Flowers.   Yesterday and today the Court issued good decisions on both.

On Monday, in the wake of Masterpiece, the justices took three quick steps in Barronelle’s case.  First, they agreed to take the case or grant cert, second, they vacated the decision of the Washington Supreme Court in its entirety, and finally, they remanded the case back to the state Supreme Court to be retried.

As Kellie Fiedorek from the Alliance Defending Freedom states,

[T]he WA Supreme Court will have to take up all of our claims and examine them again in light of Masterpiece.  Thankfully, the Supreme Court did not reject a single one of our arguments, even though it ultimately didn’t rule on all of them.  So [the] WA Supreme Court will be looking at whether Barronelle’s free speech rights and free exercise rights have been infringed.  Whether the government treated Barronelle’s beliefs with hostility will be just one part of their analysis.

We look forward to Standing with Barronelle again as she has a new day in court!  And we are thankful for our allies at ADF for their outstanding work on behalf of Barronelle and by extension all people of faith in Washington.

The second decision, NIFLA, came down this morning.  At issue was whether the state (California) could compel life-affirming Pregnancy Resource Centers to either 1. Advertise for Abortion or 2. Be required to place onerous disclaimers on all their advertising.  You may recall that King County passed a similar regulation just last year.  Further, the Washington State legislature has in the past tried to pass legislation similar to California’s and could have been expected to attempt to do so again in January if the balance-of-power does not change in the November elections.

However, the US Supreme Court thinks differently and ordered the 9th Circuit Court of Appeals to take up the case saying the case is likely to succeed on its merits.  The court ruled that NIFLA is likely to win its claim that the government cannot compel pro-life groups and individuals to express a message that conflicts with their beliefs.

No one should be forced by the government to express a message that violates their convictions, especially on deeply divisive subjects such as abortion. In this case, the government used its power to force pro-life pregnancy centers to provide free advertising for abortion. The Supreme Court said that the government can’t do that, and that it must respect pro-life beliefs. Tolerance and respect for good-faith differences of opinion are essential in a diverse society like ours. They enable us to coexist peacefully with one another. If we want to have freedom for ourselves, we have to extend it to others.

In his concurrence, Justice Kennedy wrote a compelling paragraph.

And the history of the Act’s passage and its underinclusive application suggest a real possibility that these individuals were targeted because of their beliefs. The California Legislature included in its official history the congratulatory statement that the Act was part of California’s legacy of “forward thinking.” App. 38–39. But it is not forward thinking to force individuals to “be an instrument for fostering public adherence to an ideological point of view [they] fin[d] unacceptable.” Wooley v. Maynard, 430 U. S. 705, 715 (1977). It is forward thinking to begin by reading the First Amendment as ratified in 1791; to understand the history of authoritarian government as the Founders then knew it; to confirm that history since then shows how relentless authoritarian regimes are in their attempts to stifle free speech; and to carry those lessons onward as we seek to preserve and teach the necessity of freedom of speech for the generations to come. [Emphasis Added] Governments must not be allowed to force persons to express a message contrary to their deepest convictions. Freedom of speech secures freedom of thought and belief. This law imperils those liberties.

It has indeed been a good Supreme Court session for freedom of speech and the free exercise of religion.  Nonetheless, we must remain vigilant and be ready to Stand with Barronelle and follow the NIFLA case as it returns to the 9th Circuit Court of Appeals.  Follow us on Facebook and Twitter, as well as right here,  to stay up to date on all these developments.

The Murder School
Scroll to top