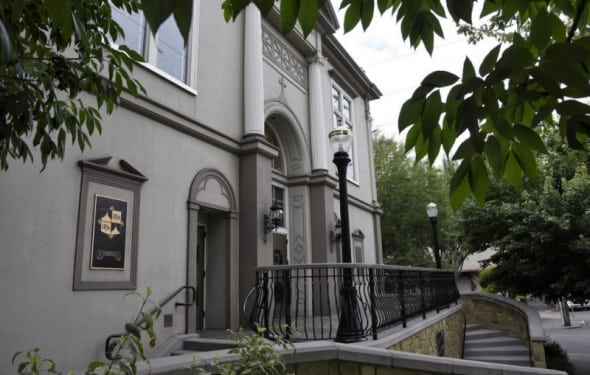 You can file this story in the category of “things they said would never happen that everyone knew was going to happen.”

A church in Oregon is being sued after not allowing their facility to be used for an LGBT event.  Curiously, the lawsuit was not filed by the people who were denied the opportunity to use the church’s facility.

Instead, this lawsuit has been filed by the event management company that used to manage the church’s event center.

Ambridge Event Center started managing the rental of the facilities for Holy Rosary Church in 2008. Part of the contract prohibited Ambridge from allowing the facility to be used for any purpose that was offensive to the church and not part of their mission.

According to the Christian Post, a local chapter of Parents and Friends of Lesbians and Gays (PFLAG) requested use of the church’s facility.

Because the contract required it, Ambridge notified PFLAG that they would not be able to use the church because their group exists to promote ideas that are inconsistent with the church’s teaching on human sexuality.

They may not have said it exactly like that, but that’s how it was.

The problem was that Ambridge made it very clear that they did not support the church’s decision. In the end, the church terminated the agreement.  After all, who wants someone working for them that is going to actively undermine their decisions?

Ambridge now claims that their reputation has been damaged because they did what they had been hired to do and agreed to do. They are seeking $2.3 million in damages.

When Holy Rosary Church started their business relationship with Ambridge in 2008, the world was a very different place.  President Obama had just been elected while claiming publicly that marriage is a relationship between a man and a woman.  No one accused Obama of being a bigot.

A lot has changed in 10 years.

A decade later, the left has a zero-tolerance policy for anyone who even asks questions about their orthodoxies. As Sen. Diane Feinstein said in announcing her opposition to an otherwise qualified judicial nominee, “the dogma lives loudly within you.”

Instead of simply recognizing that the terms of the original agreement were no longer acceptable to them, Ambridge sees themselves as the victims because they unwittingly forming a business relationship with terrible people before they had been brainwashed into believing they are terrible people.

In a better world,  this would be a situation in which both parties acknowledge that the original agreement is no longer acceptable to the parties.  But this is not a better world, it is 2018  and in 2018 a primary goal of the hard left (which is an increasingly growing percentage of the left generally) is to “punish the wicked“.

Tolerance is for the weak.

The only reason PFLAG did not sue the church themselves is that churches are exempt from non-discrimination laws.  But the left put their heads together and figured out how they could come together to  sue some heretics.

Google fired James Damore for believing men and women may have different career preferences based on the fact that men and women are inherently different.   The NFL recently created a policy requiring players to stand for the national anthem.  A few days later, ABC fired Roseanne Barr for comments on Twitter.  While there was plenty of outrage in all of these cases, there are no lawsuits because there is a general recognition that businesses get to set expectations for the people who represent them.

But not in this case. These people are simply too dangerous to be ignored.

There’s some good news and bad news here.  The good news is that the left’s pitchfork and torches approach to everyone they disagree with is going to continue to cost them influence. While the left will likely have to be surprised by a few more elections before they engage in any real self-reflection, it’s going to happen.  While their echo chamber is sincerely convinced that traditional understandings of marriage and sexuality are a menace to society, in most of the world that dog don’t bark.

In the meantime, the lesson for churches, non-profits, and people of conscience and goodwill is to simply be careful who you work with.

While you may not mean anyone else harm, there is a group of people who mean to harm you, so proceed with caution.

Five Things to Know About the Baker Case
Scroll to top