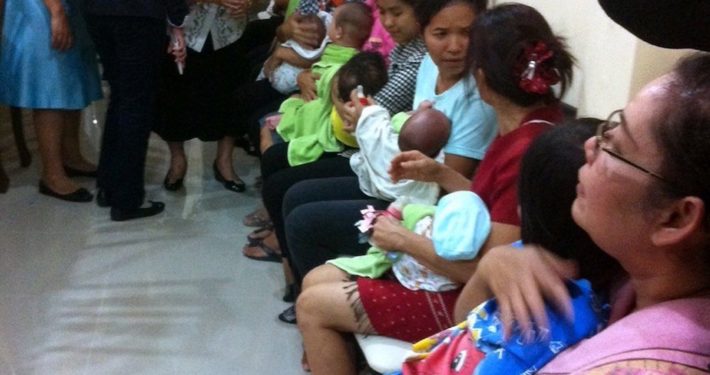 In a story that offers a foreshadowing of what could be around the corner, a Bangkok court just awarded a Japanese man full custody of thirteen children he fathered through surrogacy in Thailand.

According to a BBC report, twenty-eight-year-old Mitsutoki Shigeta, who is unmarried, paid $9,500 and $12,500 to nine different surrogates who gave birth to thirteen children.  Thai authorities suspected a possible trafficking operation but ultimately awarded custody after his lawyer argued that he simply wants a large family.

He has at least three other children through surrogacy in addition to the thirteen who were the focus of this case.

Through his lawyer, Mr. Shigeta has argued that he intends to care for them through full-time nannies and nurses and that he plans to send the children to an international school.  The Thai court granted custody after determining that he is sincere in his desire to care for them and has the financial means to do so.

All the surrogates waived their parental rights.

This case, which became known as the “baby factory case”, is one of the reasons Thailand made it illegal for foreigners to make surrogacy arrangements in Thailand.  India and Cambodia have banned commercial surrogacy for anyone.

Washington State, however, is moving in the opposite direction.

Senate Bill 6037 does the following:

The bill has already passed the Washington State Senate and is now being debated in the House of Representatives.

This issue pits the rights of adults to have children against the rights of children to know and be loved by their parents. It forces us to consider whether it is a greater harm for an adult who desires biological children not to have them or for a child to be cut off from a relationship with one or both of its biological parents.

Your answer to that question will likely determine how you feel about surrogacy in general and surrogacy contracts specifically.

Yes, we facilitate and celebrate adoptions as an alternative to the ideal, but until now have not encouraged arrangements that would separate children from their parents.

We don’t enforce contracts for kidneys or sex because we don’t want people selling their kidneys or sexual services. Do we want to see more children brought into the world who will be separated from their parents?

Are we ok with children being raised along with their fifteen siblings by nannies who are compensated by the trust fund of their single father?  Is that the world we want to live in?

While the Court, in this case, may have had no choice but to award these children to their biological father who is equipped to provide for them financially, the reason this story is newsworthy is that we recognize that the things most important in the formation of a person can’t be purchased.

While the children will be disadvantaged, dad reportedly feels good about it all.

If Senate Bill 6037 were to become law, Jeff Bezos could pay women to bear 1,000 kids for him if he wanted to. Once word gets out that Washington State is open for surrogacy business, perhaps Mr. Shigeta will come to Washington State to have his next dozen children.  There would be nothing to stop him.  During Senate debate, Sen. Anne Rivers proposed an amendment that would have limited surrogacy contracts to residents of Washington State but the amendment was voted down.

There’s a reason those who have experience with surrogacy contracts are moving away from them.  Putting the needs of adults ahead of the needs of children isn’t supposed to end well and it doesn’t.

If you would like to share your thoughts about Senate Bill 6037 with the House of Representative Judiciary Committee, go to the John L. O’Brien building on the Capitol campus tomorrow at 8:00 a.m. to let your voice be heard.

To reach your legislators about this or any bill, Washington State residents can call their legislators through the Legislative Hotline at 1-800-562-6000 or email them by clicking here.

Momentum Building in Legislature for Helpful Amendments
Scroll to top