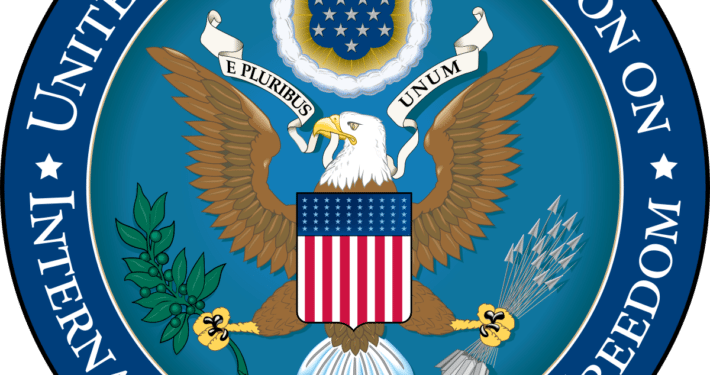 In its 19th year, International Religious Freedom Day will once again be observed on Friday, October 27th. Celebrated globally, it was established to commemorate the US passage of the “International Religious Freedom Act of 1998.” The act strengthened US foreign policy aimed at protecting individuals from religious persecution in foreign countries.

The Act articulates its foundation in the history of American Constitutional religious rights, citing, in Sec. 2. Findings; Policy:

“Many of our Nation’s founders fled religious persecution abroad, cherishing in their hearts and minds the ideal of religious freedom. They established in law, as a fundamental right and as a pillar of our Nation, the right to freedom of religion.”

The Act goes on to specify that although freedom of religious practice has been declared a universal human right by the Universal Declaration of Human Rights, the Helsinki Accords, and numerous other international documents signed by the US, those practicing their faiths still come under attack by governments all over the world. It declares that at the time of its passage, more than half of the world’s population was living under some form of government abuse of this right, with actions ranging anywhere from surveillance to torture, rape, and murder.

Today, it is unfortunate to report, that despite so many international efforts to curb these types of human rights abuses, they may have become increasingly more common. In 2015, Jonathan Fox, the head of The Religion and State Project, which has tracked religious freedom across the globe since 1990, reported that of the 30 types of restrictions on religious practice classified by his project, 28 had grown more common. For example, he cites that 73 countries limit places of worship from being erected, and 65 restrict public observance of religion. Whereas in 1990, those numbers were at 53 and 36 respectively.

The US has recently engaged in a number of battles over religious discrimination. As recently as June of this year, the Supreme Court released a number of decisions related to the religious freedom guaranteed by our Constitution. In Trinity Lutheran Church of Columbia v. Comer, the court ruled that a state cannot ban funding to a religious institution to uphold the separation of church and state. The state of Missouri had told the Trinity Lutheran Church preschool that they couldn’t pay for the preschool’s safer playground surfacing, just because the preschool was part of a church. In a 7-2 ruling, with Sonia Sotomayor and Ruth Bader Ginsburg being the dissenters, the court called the state’s decision discrimination and “odious to our Constitution.”

This October 27th, while we once again observe International Religious Freedom Day, we should remember those abroad who are victims of government atrocities, unfathomable to an American, as a result of pursuing their varied faiths. However, we should also not forget that we still face domestic challenges to maintaining the religious freedom established in our Constitution, as was evidenced by the recent case of Trinity Lutheran Church of Columbia v. Comer.

You can learn more about recent actions by the Trump Administration to uphold religious freedom at: https://www.fpiw.org/blog/2017/10/12/president-trump-fulfills-his-promise-to-protect-and-promote-religious-freedom/

Genevieve Malandra is a contributing writer to Family Policy Institute of Washington.

Unexpected but Welcome Support for Religious Liberty in California