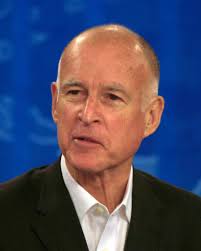 On Sunday, October 15, California Democratic Governor Jerry Brown announced his decision to veto AB 569, a bill that would have prohibited organizations from implementing and operating according to faith-based codes of conduct. The legislation would have denied employers the right to take action against an employee because of that employee’s reproductive decisions.

The bill had two huge problems. Firstly, the legislation would have prohibited an employer from taking “any adverse employment action” against any employee of the company who uses any “drug, device, or medical service related to reproductive health.” As an example, this would mean that if an employee of a pro-life organization or pregnancy care center were to take a type of birth control or medication that would medically or chemically induce an abortion, the group would not be allowed under law to take any disciplinary action against, or terminate, that employee. The bill would have applied not only to the employee’s actions but also to the actions of any dependents of the employee (including those up to 26 years of age). The author, Assemblywoman Gonzalez-Fletcher, also stated that the legislation was meant to ban codes of conduct regarding sexual activity outside of marriage.

The second glaring problem is that the bill would have also prevented any organizations from requiring that their employees sign a mission statement, statement of faith, or similar document stating that their intent and agreement to live in accordance with the company’s values. Necessarily, this would mean that churches, nonprofits, and other religious organizations would not be allowed to require their employees to agree to respect and abide by the Bible’s teachings in regards to abortion, contraception, sexual activity outside the bounds of matrimony, and so forth.

In his statement, Governor Jerry Brown noted that the California Fair Employment and Housing Act already bans employers from taking “adverse action” against their employees, except for religious institutions. The Governor indicated his belief that such claims “should remain within the jurisdiction of the Department of Fair Employment and Housing.”

“The government should not and cannot tell churches, Christian colleges, pro-life pregnancy care centers, and other religious groups that they can’t live out their beliefs within their own organizations. Gov. Brown was right to veto this immensely unconstitutional bill, which would have been an unprecedented overreach on the part of the state of California. The First Amendment doesn’t allow the state to order churches and other faith-based groups to violate their most deeply held convictions. They have the freedom to live according to their faith and to require those who work for them to do the same.”

Governor Brown’s decision to veto AB 569 is a huge win and source of relief to the religious liberty protections of churches, religious organizations, and groups like our state family policy council ally, California Family Council. Working to build opposition to the bill was one of California Family Council’s main focus this legislative session. While this is a major victory, there is still much work to be done in California. For example, California churches are still being forced to pay for elective dismemberment abortions through their health insurance plans.

Churches, religious nonprofits, and organizations like pregnancy help centers rely on being able to operate according to Biblical values. To deny this fundamental First Amendment right would be the equivalent of forcing these institutions to endorse behavior that is inconsistent with the very core of their existence.