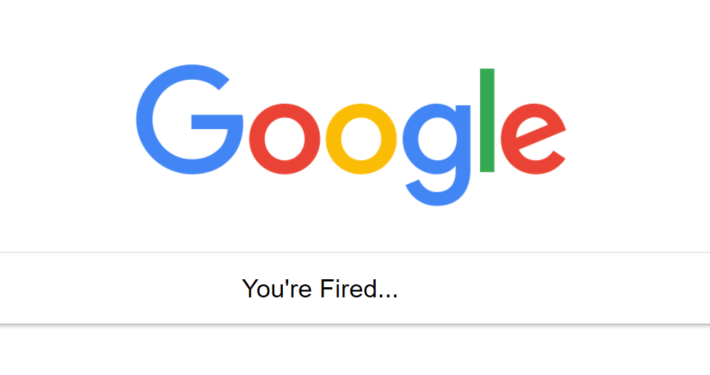 The tolerance movement claims another victim. This time, at Google.

An Engineer named James Damore wrote a 10 page memo claiming that Google has created an environment that is hostile to differences of opinion.

In the memo, he wrote, “This silencing has created an ideological echo chamber where some ideas are too sacred to be honestly discussed”.

He went on to suggest that the over-representation of men in technology jobs could be, in-part, attributable to the fact that men and women are different and not entirely the result of sexism.

In an apparent effort to underscore all of Damore’s arguments about an echo chamber, Google fired him.

Part of building an open, inclusive environment means fostering a culture in which those with alternative views, including different political views, feel safe sharing their opinions. But that discourse needs to work alongside the principles of equal employment found in our Code of Conduct, policies, and anti-discrimination laws.

In other words, “of course you are free to say what you think, just make sure that we want to hear it first.”

Authoritarian impulses aside, we shouldn’t ignore the irony of a company that exists to make assumptions based on data firing someone for suggesting there are differences between men and women.

Is there anyone who believes they’re placing advertisements for purses on the screens of twenty- something year old men?

Google is happy to make money off gender differences, but they’ll just insist those differences don’t exist.  After all, they’re good progressives.

The coverage of this story has been as ridiculous as the story itself.

Gizmodo referred to Damore’s memo as an “Anti-Diversity Screed”.

While it did make arguments that are not politically correct, if you read it, you can’t honestly refer to it as anything but respectful.

The left’s outrage at the respectful presentation of different ideas seems to say much more about them than the people they are perpetually outraged at.

We are now living in a world where questions themselves are offensive.

Strangely, while they are convinced their reason for living is to force you to challenge your biases, the moment you suggest they might also have biases worth evaluating, you’re fired.

While James Damore may have lost his job, he’s not going to be the real loser in all of this.

One day, the left will look back and ask, “When did we become afraid of learning?”

Maybe they’ll point to the day the world’s biggest search engine decided it was afraid of new information.

Meanwhile, men and women will still be different and by then, there may not even be anyone left who is mad about it.

Why the Left Thinks a Woman Can Have a “Male Brain” but a Man C...
Scroll to top