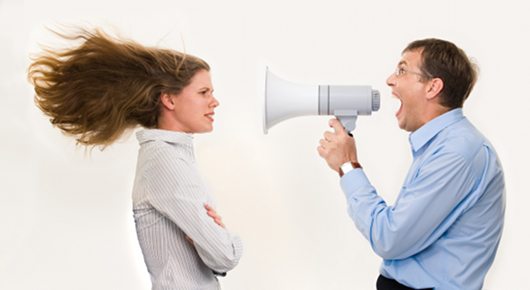 A lot of you have probably had this experience.

Someone is yelling at you. They want answers. They are demanding to know why you hate them.

You’re confused. You’re sure you don’t hate this person because, for starters, you’ve never met them before.

You’re willing to grant that they don’t make an awesome first impression, but what you feel isn’t close to hate.

But the accusation is frustrating, nonetheless.

You go out of your way to be kind, but still, anytime you express your opinions, people accuse you of being hateful.

Well, before you wring your hands too much more, it can be helpful to remember that some people want you to hate them.

Here are three reasons why.

First, they want you to hate them because they get oppression points. In many places today, being a victim is an accomplishment. Just google “fake hate crimes.” You don’t harm yourself and accuse someone else of doing it unless you think it will help you somehow. In social justice warrior circles, being a victim is valued more highly than being disciplined, industrious, or smart. People want to believe you to hate them because it gives their life significance.

They can’t go back to their snowflake convention with, “They disagree with me, but they’re enjoyable people, and our kids get along great.” They need you to hate them because believing they are hated is a fundamental part of their identity.

2. They Don’t Want to Have to Consider Your Arguments

Second, they want you to hate them because if you don’t, they would feel obligated to consider what you have to say. The respectful thing to do with people you disagree with is to engage with them through an exchange of ideas that involves mutual respect and a sincere attempt to understand the other’s perspective.

But they don’t want to have to explain why kids don’t need a mom and dad or why a white woman can identify as a man but not as an African American. They just want to be able to do whatever they want to do and never feel judged for doing it. By telling themselves that you are hateful, they relieve themselves of the need to defend their ideas from critique or otherwise engage you on a human level.

Which leads to the third reason they want to believe you hate them.

They want to believe you hate them because they hate you. That is the great irony in this scenario. They hate you because you think there are ways to show love other than through approval. In their mind, if you hate them, that somehow validates their hatred of you. That’s the nature of bitterness.

The sad fact is, once you choose to hate someone, everything they do is offensive. That means even your kindnesses will be interpreted in a way that allows them to think you’re hateful. And there’s nothing you can do about it.

Of course, not everyone wants to believe you hate them. There are plenty of people of every political persuasion who can acknowledge the goodwill of people they disagree with.

But the next time you encounter someone who refuses to give your motives the benefit of the doubt, in the words of the great American philosopher Taylor Swift, “Shake it off.”

It could be that they accuse you of hating them because they want you to.

Your job is just to make sure it’s not true.