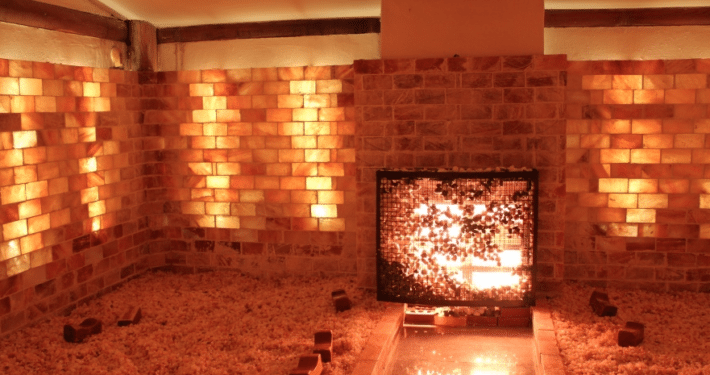 Proponents of genderless locker rooms, showers, and bathrooms have long used slogans like “free to pee” to minimize the issue.

“Who cares where people go to the bathroom?” No one.

“Are you going to have a genital monitor standing outside the door?”  Of course no one is interested in that.

They miss the point on purpose, most likely.

But a recent story out of Toronto highlights the real problem of creating a one-size-fits-all rule that applies to every situation regardless of how unique it is.

The Body Blitz Spa operates two facilities in Toronto.  This business is unique because it is a single-sex facility enjoyed in the nude.

A naked spa for women.

Apparently there are women who enjoy taking their clothes off with strangers and doing spa things.

To each her own, right?  No judgment here.

Even if this isn’t your particular cup of tea, it isn’t hard to imagine why someone who enjoys being naked in a spa exclusively for women might feel differently knowing that a man could waltz in at any time.

Well, this poor spa has the misfortune of being in a gender specific business in 2017.

In an attempt to acknowledge the tremendous confusion about gender while still being in business and honoring the needs of their clientele, they had adopted a no-penis rule.  Men who had undergone gender reassignment surgery would be allowed, but people with a penis (still known by virtually everyone as men) would not be allowed.

Naturally, the progressive mob was outraged.

How dare they try to reach a compromise that attempted to balance the needs of the supermajority of their clients as well as the handful of people who experience gender dysphoria.

Compromise is so kindergarten.

These snowflakes are in college now and in college we learned that some women have a penis and anyone who disagrees deserves to be burned at the stake.

So burn they will.

They started the obligatory boycott, which would be incomplete without its own hashtag.  #BoycottBodyBlitz

Though this is happening in Canada, it’s instructive to those of us in Washington State.

Right now, Washington State has the same rule in place.  There are spas in Washington State that provide similar opportunities for women to enjoy spa treatments in the nude.  But presently, Washington State law makes those facilities legally liable if they attempt to stop me from walking in and taking my clothes off.

And only the most unreasonable among us are unable to see that.

Fortunately, there’s a solution. Initiative 1552 would eliminate the one-size-fits-all rule that currently applies to every public accommodation in the state and once again give businesses owners the freedom to create policies that consider everyone’s interests.

In addition, I-1552 would requires schools to maintain separate locker rooms, showers, and bathrooms for boys and girls.

There is only four weeks left to get the 330,000 signatures necessary to allow the voters to have a voice on this issue.

The thing is, there is middle ground in this debate.

I’m sure most of us can agree not to care where people go to the bathroom if the other side can agree to respect personal boundaries.

Sadly, that option wasn’t ever offered.

In one day we moved from, “Love can’t exist without boundaries” to “Boundaries are bigotry. Bigot.”

Which means we have to insist.  Politely but firmly.

It isn’t about someone being free to pee.

It’s about no one being free to make even simple decisions without consulting government first.

Share this with every business owner you know who doesn’t want to be sued for protecting the privacy of people in their business.

Then share it with every parent and grandparent who doesn’t want their 13-year old daughter or granddaughter forced to share a locker room with a boy who claims to be a girl.

I-1552 is your last chance to fix this in Washington State.  You have less than four weeks.

Or we can do nothing and watch businesses like the Body Blitz Spa shut down because people were afraid to defend sanity.

And while you’re at it, you might want to work on what you’ll say when your kindergartner comes home and tells you that some women have a penis.