Update (06/14/2017): The European Court of Human Rights will allow Charlie Gard to be kept on life support while they consider the case.

Doctors and judges in Great Britain may kill an innocent baby boy today. 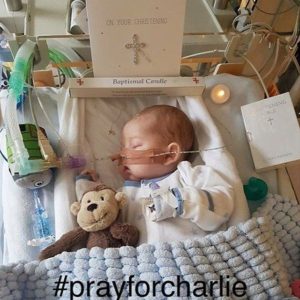 Sadly, Charlie has mitochondrial disease, an extremely rare genetic disorder affecting the part of cells that create the energy needed for life. Although Charlie has been on life support for months, a doctor in the United States has offered the family an experimental treatment that might save his life. Tens of thousands of people have donated $1.6 million to pay for the treatment.

Even with the possibility of successful treatment across the Atlantic, Charlie’s doctors at Great Ormond Street Hospital in London refused to let his parents take him to America for treatment. Specialists then petitioned a British Court for permission to end his life, despite pleas from the his parents to keep him alive.

Justice Francis, the High Court judge who heard Charlie’s case, ruled that “it is in Charlie’s best interests” for the hospital “to permit Charlie to die with dignity.” In his ruling, Justice Francis rejected the objections of those who ask why courts should make these decisions and override the rights of parents:

“The duty with which I am now charged is to decide, according to well laid down legal principles, what is in Charlie’s best interests. Some people may ask why the court has any function in this process; why can the parents not make this decision on their own? The answer is that, although the parents have parental responsibility, overriding control is vested in the court exercising its independent and objective judgment in the child’s best interests.”

According to Connie Yates, Charlie’s mother, the American doctor says there is no reason why the treatment wouldn’t work for her baby boy. Yet the British doctors and judges steadfastly refuse to budge. 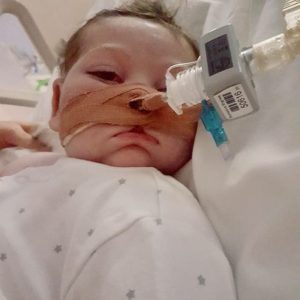 Connie posts regular updates on her Facebook page. Her timeline is filled with pictures of her holding her son, alongside captions like “We won’t give up on you baby boy” and “If he’s still fighting, we’re still fighting.”

Throughout the ordeal, her social media posts have kept a positive tone. At times, though, her vexation seeps into her posts. “We have had the money for over 2 months but we are NOT allowed to take OUR OWN SON to a hospital that want to try and save his life!” Connie wrote last week.

“Why can’t we be trusted as parents?? I would never sit by my Sons side and watch him suffer, I’m not like that! Why can’t the drs in America be trusted either?? Why why why can’t we try and save our Sons life??”

Connie and Chris (Charlie’s dad) are heroes. When doctors told them their son’s life wasn’t worth saving, they kept fighting. When a judge unilaterally decided it’s better to kill the baby than to allow them to seek treatment elsewhere, they kept fighting.

The Telegraph, an English newspaper, even published an insensitively written editorial by a mother who had lost a son. Her advice to Charlie’s young parents? “Sometimes in life things just don’t go as you want them to… Sometimes you have to let go.”

But these heroes keep fighting. They know the immeasurable value of their baby boy’s life.

On the other hand, if Charlie is killed, the doctors and judges involved in his case will be nothing less than murderers, perversely justifying their senseless slaughter with the fallacious claim that their murderous act will be merciful and in the best interest of their victim.

What about the parents? Don’t their wishes and beliefs count for something? Are they not ultimately responsible for their child? 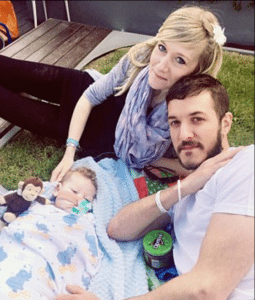 We cannot stand silent as this innocent baby boy is murdered by the government that is supposed to protect him and the doctors who swore an oath to “do no harm.” This is the fruit of the culture of death. This is the fruit of the “death with dignity” movement. We have devalued life to the point that doctors and judges think they can decide whose lives are worth living.

Yesterday, Charlie’s parents were able to enjoy their first picnic with him. “Charlie was awake the whole time. It was wonderful for him to feel the sun on his face and the wind in his hair,” Connie said. “We put on some music and Chris and I lay down next to Charlie. For the first time in months we felt like a normal family.”

Charlie’s fate now rests in the hands of the European Court of Human Rights. It will likely decide today whether Charlie’s life is “worth living.”

No matter how the Court decides, we cannot give up fighting for the most vulnerable. We must keep defending life.