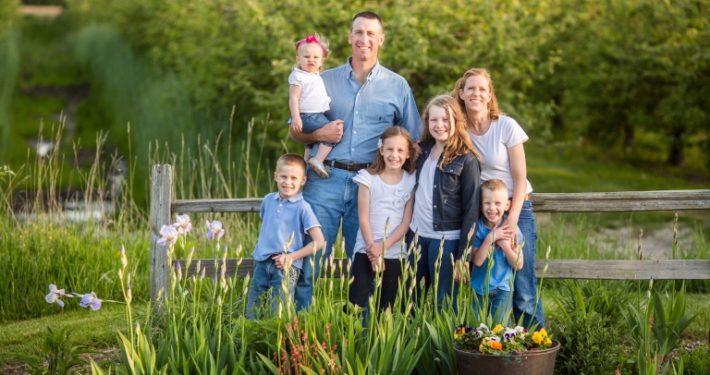 You know about the photographers, florists, bakers, adoption agencies, coaches, chaplains, counselors, fire chiefs, innkeepers, and printers who have been targeted because of their beliefs about marriage, sexuality, or gender.

This week, however, two new groups are being targeted by the tolerance gestapo: foster parents and farmers.

First, the Illinois Department of Children and Family Services developed new “enhanced” policies that claim to promote the “well-being of Lesbian, Gay, Bisexual, Transgender and Queer/Questioning children and youth in the Department’s care”.

How do they aim to protect these children?

By slashing the number of families who can be foster parents.

The new rules establish an ideological test to care for the most vulnerable children in our community.  According to the guidelines, all children have a “right to self-determination of gender and sexual orientation” and individual choices about “sexual orientation, gender identity, and gender expression” should be views as “developmental milestones, not problematic behavior.”

As a result, “staff, providers, and foster parents” must “support and respect” a children’s exploration “without any effort to direct or guide them to any specific outcomes for their exploration.”

Once upon a time, we believed it was beneficial for children to have input from adults who could provide a perspective that might not be obvious to their developing little brains.

Now, the job of foster parents in Illinois is to celebrate whatever decision the abandoned, hurt, likely traumatized child they are sacrificially caring for makes without judgment.  Food and shelter, yes.  Wisdom, life experience, and perspective? Absolutely not.

If you think anatomy is connected to gender, your help with foster kids won’t be needed.

Besides, no one who believes that has ever contributed anything meaningful to the world, have they?

Meanwhile, progressives in East Lansing, Michigan are confronting a similarly ominous threat to public health and safety: Catholic farmers who believe marriage is a relationship between a man and a woman.

Steve Tennes owns Country Mill Farms in Charlotte, Michigan and for the last six years, East Lansing has invited Country Mill to participate in its Farmer’s market and has described them as a “model vendor.”

But, as fate would have it, he’s conservative.  He claims he was born that way, but progressives are sure he can change if he tries hard enough.

Mr. Tennes, living as his authentic self, has stated publicly that he is not willing to host same-sex wedding at his farm.

In Michigan, that is a perfectly legal choice.

Less tolerant states like Washington force people to do things that violate their conscience.

Nevertheless, East Lansing decided that the farms unwillingness to host a same-sex “wedding” violated their city ordinance against discrimination.

There’s one glaring problem with this. Their farm isn’t in East Lansing. The Tennes’s farm can’t violate an East Lansing ordinance any more than it can violate the Code of Hammurabi .

Undeterred by the semantics of actual jurisdiction, the city created a policy that requires vendors to comply with the ordinance while at the market and “as a general business practice”.

Meaning, if you do things we don’t allow someplace where it is allowed you can’t do business here.

The bigotry is transparent.

In any other context, a proposal like this wouldn’t pass the straight face test in the city council meeting.

The City has every right to establish building codes, but can you imagine the city telling home builders that they must comply with East Lansing building codes in other jurisdictions?

It has never happened because it is obviously stupid.

The only reason it wasn’t laughed out of the room in this case is because the witch hunting impulse among many on the left is strong.

“Even if you haven’t violated our arcane, illiberal rules, we have to figure out how to make an example out of you because your ideas are dangerous.”

“Because we love tolerance, of course.”

This isn’t just uncivil, in this case it’s also illegal.

The First Amendment exists to stop governments from making laws that punish people because of what they believe.

The dunkers can’t make life harder for the sprinklers if they win an election, nor can the believers make rules that target atheists for being different.

This new ordinance was written specifically to keep Country Mill Farm out of the Farmer’s Market because of what they believe despite the fact that they haven’t even been accused of violating any laws.

Thanks to the help of our friends at the Alliance Defending Freedom, the Tennes’s have filed a lawsuit asking the court to throw out East Lansing’s ordinance.

While they will fight it out in court, this case provides an important lesson for the rest of us.

Five short years ago, before marriage was redefined, the left assured us that “No one is going to lose their religious freedom.”

After marriage was redefined, they quickly they moved to, “You must abide by our laws, even if they violate your religious freedom.”

Now, at least in East Lansing, we have arrived at, “Even if you abide by our laws, we’ll look for ways to harm you just because we don’t like you.”

This is not what “live and let live” was supposed to look like.

It remains unclear whether East Lansing will require those who believe marriage is a relationship between a man and a woman to wear an outward symbol of their status in the community—a  yellow star perhaps.

The White Church’s Problem with “Politics”