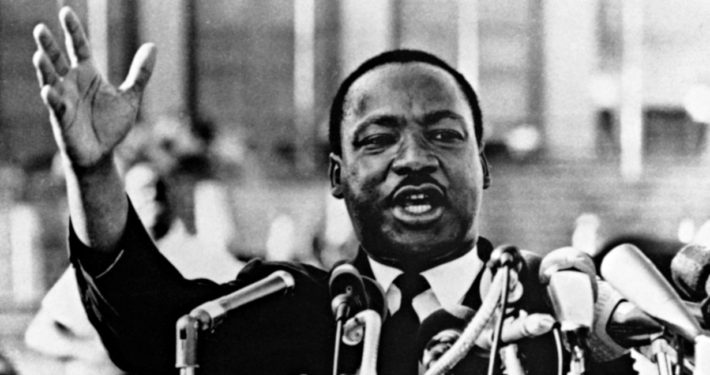 However, you probably haven’t ever thought about the relationship between race and a church’s willingness to engage in “politic issues”.

I find myself, once again, part of an effort (Initiative 1552, more information at www.JustWantPrivacy.org) to require schools to maintain separate locker rooms, showers, and bathrooms for student’s based on their sex. This is now a strangely controversial idea.

Washington State law currently says that students (and anyone else for that matter) have a legal right to access facilities based on the gender that they express or identify with.

A lot of us think this is a bad idea.

Within the church world, most people have an appreciation for the fact that God made people male and female, and while we can have compassion for the real distress people who experience gender dysphoria have, the best solution is not pretending that biology doesn’t matter.

But you’d be surprised at how hard of a sell it is to ask a church to take what they know to be true and apply it in a tangible way. Particularly when it comes to “political issues”.

I put that term in quote because no issues are inherently political. All issues are ultimately about what is true or false, better or worse.  What we refer to as “politics” is simply a process for resolving those questions.  We have created a category of “political issues” that we have given ourselves permission to ignore, in some cases, as a way of avoiding the hard conversations.

“We can’t do that. We want to create a safe space for people to hear the gospel and those issues are divisive.”

“We don’t want to jeopardize our tax-exempt status.”

“That’s not our model of ministry.”

“We just preach Christ and Him crucified.  Politics is a distraction from what’s most important.”

Always followed immediately by, “But I want you to know I’m personally very supportive and so thankful you’re doing what you’re doing.”

In other words, “I hope we win, we just shouldn’t try very hard.”

There’s something unique about these arguments that didn’t dawn on me until recently.

I have spent the last nine years living at the intersection of church and politics and interacted with hundreds of churches and pastors. Maybe thousands.

I have never heard an ethnic church of any kind, be it Russian, African American, Romanian, Chinese, Ukrainian, Korean, or Hispanic, make the argument that engagement on a political issue would be inappropriate in the same way I hear almost daily from white conservative churches.

Why? I can’t speak for other people, but I can speculate.

Many in Slavic and Chinese churches have personal experience with totalitarian forms of government and many saw their families punished because of their faith.

Maybe that’s why they are genuinely excited to use their influence to try to make their community a better place now that they finally have some.  I think they’d look at you funny if you said some version of, “you shouldn’t use it, you’re a church.  People might misunderstand.”

I’ve also never heard an African American church talk about the need to keep their faith-based convictions to themselves.  The heritage of so many black churches is one of fighting publicly for what is true, not despite their faith, but because of it.

I doubt the Rev. Martin Luther King Jr. would approve the message, “Don’t get involved.”

Hispanic churches do have hesitations with engaging in government, but not because they see it as in conflict with their primary mission.

There are certainly exceptions to the latter, but none to the former.

Generally, ethnic churches are happy to help. Generally, white churches will either say no or send it to a committee.

Of course, not all white churches are opposed to political engagement.  Just conservative ones.

Progressive churches are downright enthusiastic about it.  In many cases, they advertise their political leanings and convictions about the day’s most controversial issues on signs and flag poles outside their churches in ways that would make even engaged conservative churches blush.

The next time I hear a progressive church talk about how important it is to keep their morality inside the four walls of their church will be the first.

In fact, the campaign to maintain unisex locker rooms in public schools, Washington Won’t Discriminate, was launched inside of a church with a cross as the backdrop in every picture.

Their current headline on their Facebook Page is “Washington Faith Leaders Say No On I-1552” with a picture and quote from a man in a collar headlining a public letter from a number of religious people talking about how discriminatory it is to suggest that someone with a penis not be allowed to undress in front of a 7 year-old girl.

If history is any indication, this campaign will feature far more “faith leaders” publicly opposing God’s understanding of sex and gender than supporting it.

That isn’t because faith leaders as a group have come to realize that God sometimes makes mistakes and puts people in the wrong body, but because on every issue in Washington State, progressive faith leaders are far more public about how their beliefs apply to cultural debates than those who believe the Bible.

That’s just the way it is.

I’m not sure I know the answer. But at this point, I’m awfully curious.

If you and your church would like to participate in Signature Sunday on June 4th to help I-1552 qualify for the ballot, you can do so by clicking here.