How Sport Exposes the Unworkable Logic of Transgender Policy

A story out of Cromwell High School in Connecticut is doing a good job illuminating an obvious but underrated impact of the left’s war on gender.

Take a minute to watch the video and the challenges will become apparent. This boy is athletic (his dad was a college football player) and the slight mustache and muscle tone indicates that he’s developing more quickly than other boys his age.

Of course that wouldn’t be remarkable except for the fact that he’s now racing fifteen year-old girls.  And he’s doing really well. 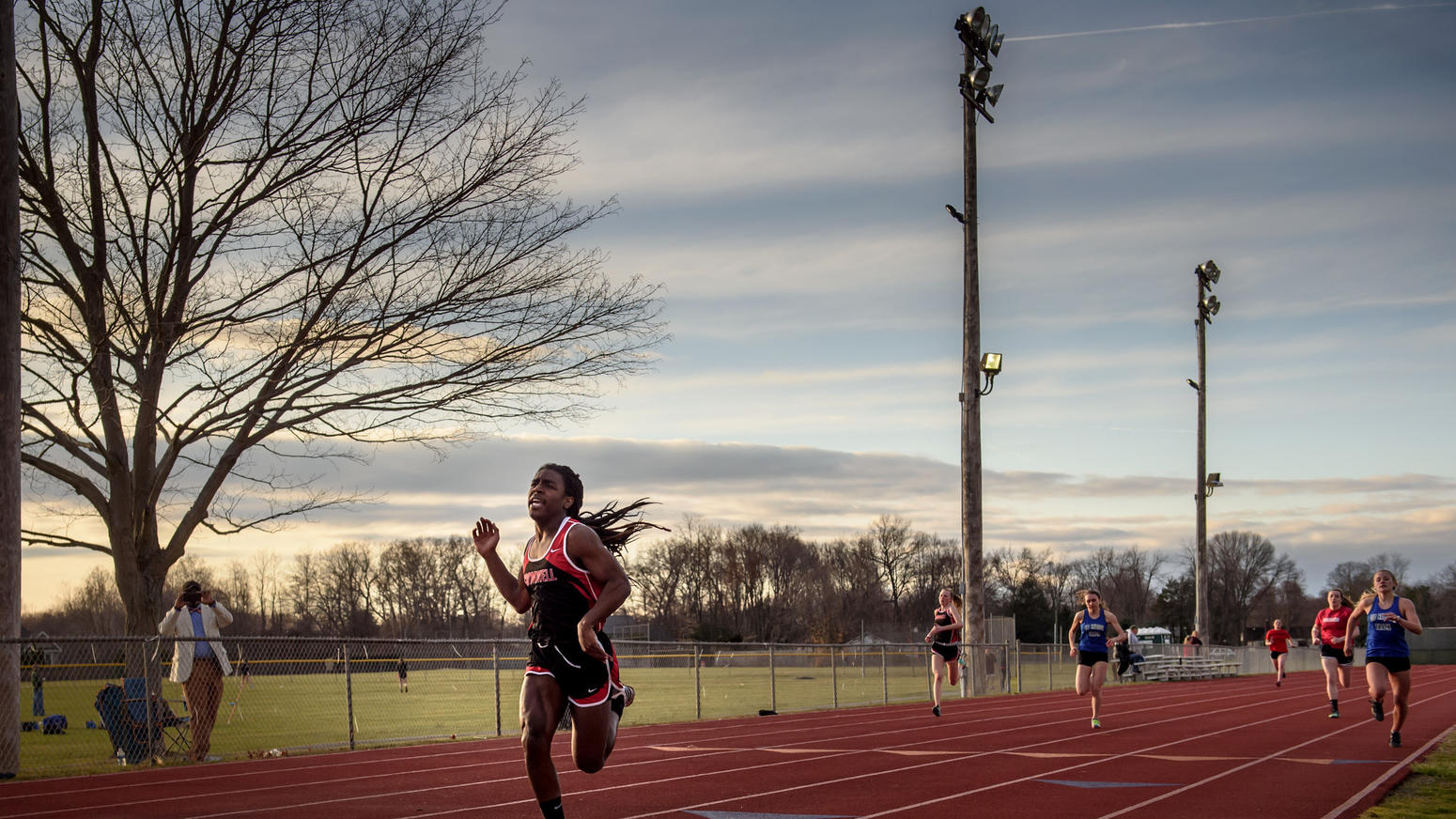 In comparison, Izaiah Fields, from Curtis High School in Yakima, WA, has run the best boys high school time in the Washington State so far this year.  He ran it in 10.72.  While Izaiah is simply the fastest high schooler in Washington State this year, he is faster than any collegiate woman has ever been.

If we pretend Andraya is a girl, he is less than a second away from a collegiate national championship in his first high school track meet. You can count on him going down as the best female track athlete in Connecticut’s history, possibly by the end of his freshman year.

There’s no need to belabor the point about men generally being better athlete’s than women.

You’re alive.  You know this.

But we are now facing the prospect of a boy in Connecticut repeatedly taking the top of the podium over girls who know that second place is really first place.  Everyone will be thinking it, but the pressure not to say it will be enormous.  Most will politely applaud and some will comment about how beautiful the Emperor’s new clothes are.

This phenomenon isn’t happening just in high school sports, though.

Laurel Hubbard is excelling in women’s weightlifting in New Zealand after transition to being a woman in his thirties.  Fallon Fox, born Boyd Burton, is a man now fighting women in mixed martial arts and broke eye socket of an actual woman, Tamikka Brents, in one fight.

Defenders of the policies that allow men to compete with women attempt to mitigate the damage by establishing guidelines.

The NCAA, for example, requires men to undergo testosterone suppression treatment for one year before they are allowed to compete with women. There are no restrictions for women who wish to compete as men.

Curiously, the NCAA, which does year-round testing to ensure their athlete’s don’t take drugs, will now be testing some athletes to make sure that they do.

In theory, testosterone blockers make you more of a woman and neutralize the natural physical advantages men have.

But this begs an obvious question.

If your anatomy doesn’t make you male or female, why do hormones?

You just got done telling me that some men don’t have a penis but now you’re going to tell me all women have an estrogen level between 40-50 picograms per milliliter?

Either there’s a meaningful difference between men and women that exists independent of how someone is feeling or there isn’t.

The left’s attempt to turn a genuine psychological struggle into a civil rights movement is predicated on the belief that there is no tangible, discernible difference.

You don’t get to declare war on rules and then create a bunch of rules to deal with the mess you made by trying to get rid of all the rules.

But I understand why you want to.

On some level you understand that everything you’re saying is unworkable.

In your mind, there’s a very clear difference between a man pretending to be a woman and someone who is “authentically” transgender.  I understand what you mean and on some level I agree.

The problem, however, is that you can’t write what you mean.  In fact, you will oppose any attempt to define what it means to be “transgender” or “male” or “female”.

The nature of law and policy is to write clear standards that help people know what is and isn’t allowed.  But your entire objective is to eliminate standards and allow individuals to define reality subjectively inside their own minds and require everyone else to cooperate with their sense of reality.

If that’s the bed you want to make you’re going to have to lie in it.

The day is coming when a “trans female” (male) athlete is going to challenge the requirement that men take testosterone blockers for a year before they compete with women.  He might be sincere, or he might be punking the system.  But he will argue that in light of our new understanding of what gender is and isn’t, the idea that women have lower testosterone levels is arbitrary and misogynistic. “You’re telling me that women are inherently weaker?”

That day is coming because there is money involved.

Title IX requires an equivalent number of athletic scholarships opportunities for men and women.   If men can become women, a merely good high school boy can transform himself into an All-American female athletes with a flip of the gender switch.

Make the legal argument for why you can be a man without having a penis or Y chromosome but you can’t be a woman without taking testosterone blockers.

Don’t think the rest of the world that happens to care about medal counts in the Olympics isn’t watching either.

China could make their B level male Olympians transition to women and North Korea actually would.

Kim Jong Un will just giggle as, medal after medal,  he hoists the west on their own petard.

Athletics is not the reason the gender revolutionaries picked this fight, but it could be the arena that exposes the irrational and unworkable nature of their position most quickly.

Lord knows its not the fault of kids like Andraya Yearwood.

For most parents, if their 15 year-old came to them and asked for a permission to see an R rated movie, there’s going to be a conversation.

If their fifteen year-old asks them for a tattoo, the answer is no.  “Wait, until your eighteen and then I can’t stop you.”

But if that same 15 year-old tells their parents they want to take a bunch of synthetic hormones in preparation for the mutilation of their reproductive organs, we’re just supposed to applaud.

I have no doubt that his parents love him deeply, but our willingness to abandon every parental instinct in exchange for progressive brownie tolerance points has to stop.

If we’re going to put our kids first, that means we should be willing to take a little heat on their behalf when the culture wants to make a statement out of them.  And shame on anyone who would tell a parent their only alternative to changing their child’s gender is suicide.

A super majority of kids who ever struggle with gender dysphoria ultimately outgrow it.  Despite the best of intentions, this rush to have children switch genders is probably more about the adults than the kids.

Unless the adults get their act together, our future will be devoid of athletic opportunities for actual females and full of chemically and surgically altered kids asking us through tears, “why did you let me do that?”