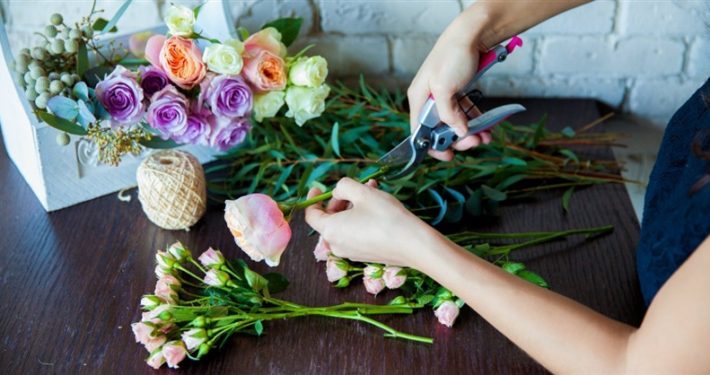 Two weeks ago, the WA State Supreme Court handed down a ruling saying that florist Barronelle Stutzman broke the law when she refused to work at a gay wedding. The reaction in the Christian community was nearly unanimous, and was even joined by many non-Christians as well–she should be allowed to run her business according to her religious convictions.

But another question remains. What of those religious convictions? Was she in the right? Would Jesus have done the same thing in her place? And what would He have us do? This post attempts to tackle that culturally explosive topic – from a Christian perspective.

Christians seem to have a lot of rules. Some might trace the origin of Judeo-Christian law to Moses coming down off of Mt. Sinai carrying 10 Commandments that were literally etched in stone. By the time Jesus shows up on the scene some 2,000 years later, those laws and rules had expanded by many thousands, and the people were literally awash in rules and regulations.

Jesus was asked of all these, which should the people focus on? He broke it down to two.

First, love the Lord God with everything you are.

Second, love your neighbor as much as you love yourself.

Critics of the Tri-Cities florist, (and the bakers in OR and CO, and the wedding chapel owners in ID and the northeast,) have charged that these business owners discriminated against gay couples and behaved in an unloving manner. And it’s not hard to see the basis for this thinking. They gladly served heteroxesual couples for their wedding ceremonies, yet refused the same-sex couples for the same service. How is that loving your neighbor?

When asked this question, Barronelle Stutzman said the issue stems with the definition of marriage. Let’s look at that.

The institution of marriage begins in the very beginning of time. In the creation story in Genesis, we see God creates two original relationships. The relationship between Himself and mankind, and then the relationship of a man and a woman — marriage. In a way, like Jesus’ answer about the two great commandments, these two great relationships are the two from which everything else flows.

In Genesis 1 and 2 we see God creating the universe and all that is. Then He creates man, and He stops creating. But what He does next is monumental even though sometimes overlooked. He invites man to join Him now in the process of creation. He tells Adam and Eve to work, even as He had worked. To take the matter that He had given them, and to create gardens, and buildings and machines and games and anything they could imagine. To subdue the earth.

But that wasn’t all. He also invited us to join Him in the greatest creation of all. To create life; human life.

And so He created marriage.

Marriage as created by God from the very beginning, is the union of one man and one woman for one lifetime. It was through this unique relationship that we would participate with Him in the creation of human life. God loved all the things He had created, but mankind was created in His literal image, and He loved us most of all.

God wanted more people. Lots more. And he decide that all future human beings should come to be only through this relationship of marriage. Later on, Jesus would tell us that “God hates divorce.” That has to be because He loves marriage, families and the people that come from marriages, and He hates the pain caused when His design is broken apart by divorce. He designed it, and He loves it.

So God created marriage; and defined it narrowly. It is one man and one woman. The biological evidence is found in that it is the only relationship through which He continues to create life. The number of individuals is precise, and the gender combination is precise. According to God, nothing else is marriage. This is how He defined it.

But some questions remain. Most Christians remember that some Old Testament norms lasted only for a season. We still follow the Ten Commandments (well, maybe not the Sabbath one so much) but God clearly told Peter that shellfish, bacon and pretty much any animal you want was back on the menu. And I don’t know about you, but I have never once sacrificed a bull for my many sins. So has God’s definition of marriage changed with the times maybe?

Jesus addressed this issue quite directly in Mark chapter 10.

“But at the beginning of creation God made them male and female. For this reason a man will leave his mother and father and be united to his wife, and the two will become one flesh. So they are no longer two, but one. Therefore what God has joined together, let no man separate.”

Here we see Jesus reaffirming His original creation of marriage. He specifically calls out several points:
-marriage was from the beginning of creation
-the specific number of two people
-the specific genders of a man and a woman
-the design for a lifetime commitment.

This was the design, and according to Jesus, remained the design.

As even further confirmation, Paul in Ephesians 5 talks about marriage, and quotes Jesus word for word in defining it. He then points to the fact that even beyond the natural, marriage is a temporary image of the relationship that God will have with the church, His bride. Marriage remains significant in the New Testament, if not even not even more so with the spiritual insight added.

So back to our court case. Though she had sold them flowers many times before, Mrs. Stutzman declined to work the wedding ceremony for the gay couple, and encouraged them to buy from one of her competitors that didn’t share her convictions.

She essentially asked herself, “How can I participate in an event that is celebrating something that contradicts God’s design?” Based on everything I can find in the Bible, God recognizes only one relationship as marriage. And to call something marriage, when God says it’s not….well, it’s easy to see why a Christian would decline to participate in that ceremony.

That said, I want to finish by addressing a couple questions this may raise.

And I believe it is right and proper to have a deep, meaningful same-sex relationships. David and Jonathan are such an example. Paul and Silas and later perhaps Paul and Timothy might fit that description. Those relationships can and should be be very meaningful. But they don’t fit under the Biblical definition of “marriage,” and are designed to be platonic.

The best argument against this line of thinking that I’ve heard goes like this. “If God designed marriage to produce children, does that mean couples who choose not to or can’t bear children have a lesser relationship? Are their marriages somehow inferior?”

The answer is no.

We have to go back to God’s design to see this. All marriages are designed to produce children, but due to the fall, it’s possible that not all will. Christians reading this already know the theology of The Fall, The Curse and the rule of sin and death on earth. Almost nothing is exactly as God designed it now, or as it will be again one day, but the design itself remains unchanged. Some legs break, some eyes can’t see, and some married couples can’t bear children, but God’s original design remains unaltered. A marriage with one man and one woman is still a marriage, even if their reproductive systems aren’t functioning or they choose not bear children.

“If marriage is so important, does that mean unmarried people are missing out on God’s best?”

Not at all. In fact, we can see in scripture that God both loves marriage AND wants some people to be single. Probably not a majority, but some. The Apostle Paul was single, and said “I wish you all could be single like me.” And the most obvious of all, Jesus never married.

With Jesus and Paul as examples, I can’t imagine there’s any religion in the world that is in a worse position than ours to make the case that the unmarried are missing out on their ultimate calling.

“I have a lesbian relative/friend who is having a birthday party. She’s asked me to bake a cake and bring it. Should I go?”

Without question you should go. Bake the cake and go celebrate. And here’s where we get to the distinction. What is that birthday party celebrating? Is it celebrating something that God is also celebrating? In the case of a friend’s birthday, whether gay, straight, old, young, black, brown or white, you are celebrating a life that God designed and created. God loves that person, celebrates that person (though a sinner, because…human), and expects us to as well. We love both God and our neighbor when we join our friend in celebrating his life. We see Jesus doing this constantly on earth, and catching flak for it from those who loved their rules more than God.

With the gay wedding ceremony, the best I can tell from Scripture is that God does not celebrate when someone redefines something He designed. For this reason I believe declining to attend the wedding, but happily attending the birthday party is not hypocrisy, but the best reading of scripture. We celebrate when we see our Father celebrate.

Finally, a Christian might say, “I hear what you are saying, but I am choosing to go to the wedding anyway. I believe it is honoring to my friend to go. I am not trying to redefine marriage, but I know this is a happy occasion for my friend and I want to share the moment with him/her and show kindness to a person that God loves.”

If this is your position, I can respect it. For me, the first view is more persuasive. But hopefully we will have grace with each other as we navigate these cultural waters together, always seeking to love God first, and love our neighbors as ourselves.

*Caleb Backholm is the brother of FPIW President Joseph Backholm. He resides with his family in Olympia, WA.

It Doesn’t Matter Whether Margaret Sanger Was a Racist

Is Your Kid a Good Kid?
Scroll to top