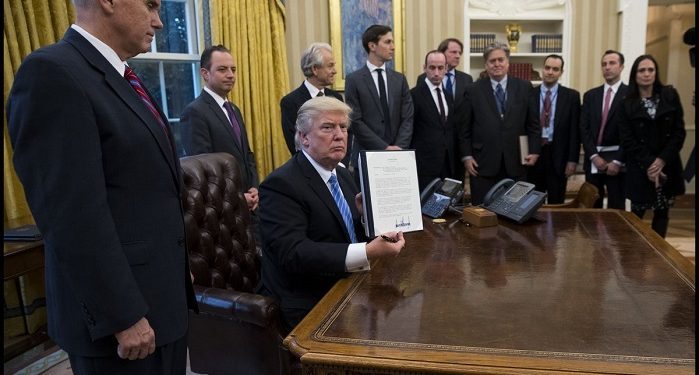 On his first Monday in office, President Trump signaled that the pro-life commitments he made during the campaign was more than campaign rhetoric.

He signed an Executive Memorandum to reinstate the Mexico City Policy.  The policy prohibits taxpayer funding of groups that perform and promote abortions overseas.  It does not, however, stop non-abortion international assistance. The order ensures U.S. foreign aid will continue to go to health care and humanitarian relief in the millions of dollars. It just will not subsidize abortion overseas.

With the Mexico City policy reinstated and the potential of the Hyde Amendment being made permanent law, one of the primary grievances the pro-life community had against the Obama administration (being forced to pay for other people’s abortions) would be addressed in significant ways.

It is also reassuring to those in the pro-life community who may have questioned how serious President Trump was about his pro-life positions during the campaign.

An encouraging start to be sure.