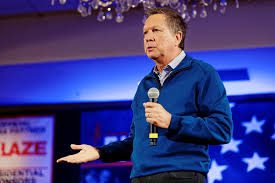 Governor John Kasich vetoed Ohio’s “Heartbeat Bill” yesterday, crushing hopes that the Buckeye State would enact some of the strongest legal protections for unborn babies passed by a state legislature.

The “Heartbeat Bill” would have prohibited abortion after a baby’s heartbeat can be detected – sometime around six weeks after conception. The bill passed with a veto-proof super-majority in the Ohio Senate and a near veto-proof vote in the House.

There were 20,976 abortions performed in Ohio in 2015, according to data published by the state’s Department of Health.

Pro-life advocates were rightly frustrated with the Ohio governor after he used his executive power to veto the legislation on Tuesday night. If enacted, the bill could have saved hundreds of thousands of innocent lives during its first several years of implementation.

Governor Kasich claimed in his veto message that the law would have invited costly lawsuits from pro-abortion activists. However, Liberty Counsel, a non-profit that litigates issues of religious liberty and sanctity of life, offered to provide pro-bono legal counsel and defense to protect the “Heartbeat Bill” from the abortion lobby’s legal attacks.

Further, legal scholars have speculated on whether the “Heartbeat Bill” would have been upheld or overturned by federal courts. If the “Heartbeat Bill” had made it to the Supreme Court, which by then could potentially have at least one pro-life Trump appointee, the case could have presented the Court with an opportunity to overturn Roe v. Wade and other constitutionally flawed abortion precedents.

Although the Ohio governor vetoed the “Heartbeat Bill,” he did sign a 20-week abortion ban. The 20-week ban will do little to curb abortion in Ohio, since fewer than 1 percent of the state’s abortions are performed after 21 weeks into the pregnancy.

Vaping Bad for Children. Sex-Change Not So Much.

Which Right is the LGBT Community Most Afraid of Losing?
Scroll to top