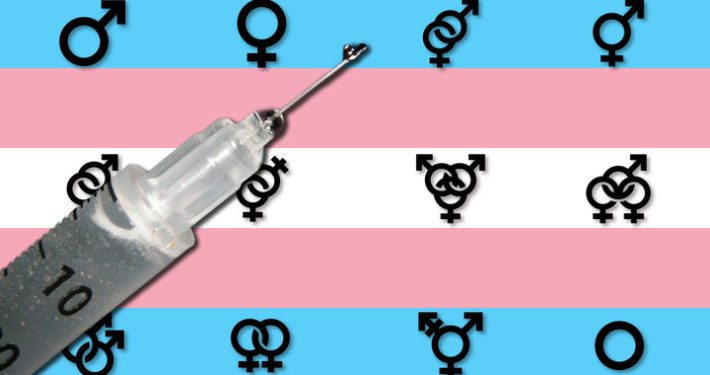 The Surgeon General made news yesterday for warning parents against allowing their children to use electronic cigarettes.

“Scientists are still learning more about how e-cigarettes affect health. However, there is already enough evidence to justify efforts to prevent e-cigarette use by young people,” the Surgeon General’s website contends.

“Your kids are not an experiment,” Dr. Vivek H. Murthy, the U.S. Surgeon General, said in a video message to parents. “Protect them from e-cigarettes.”

The enlightened liberal elite has been feverishly doing everything possible to convince the public that human gender is not determined by biological sex, but instead is determined by individual feelings and desires.

Moreover, in their attempt to reengineer society, the enlightened liberal elite has told psychiatrists, doctors, counselors, and teachers to support and encourage a child’s decision to transition to the other gender.

However, the puberty blockers, hormone treatments, and sex change operations necessary for gender transitions may carry dangerous and irreversible side effects.

Like e-cigarettes, researchers haven’t yet done much research about the harmful effects of these treatments, but what they know doesn’t look good.

“Cross-sex hormones (testosterone and estrogen) are associated with dangerous health risks including but not limited to high blood pressure, blood clots, stroke and cancer,” according to the American College of Pediatricians.

Walt Heyer, a man who struggled with gender dysphoria for decades, shared his personal story last year in an article for The Federalist:

“[It] is highly likely that doctors are administering powerful hormones with irreversible effects to normal boys and girls.

“My concern for trans kids is forged from my own life as a child transgender. I was told that because my strong feelings of being a girl on the inside had persisted for so long that I needed to alter my external appearance to match, from man to woman. Because I was desperate for relief, I followed all the recommendations for someone with gender dysphoria and underwent the transition. I successfully lived and worked as a female for eight years. But after eight years, the male came back.

“My biological sex had never changed, no matter how many procedures I underwent or how many hormones I took. My life was never the same and my body was forever mutilated. People say to me now, ‘Too bad. It was your choice. You should have made a more informed decision.’

“It is crazy to routinely experiment on kids at any age when it carries the risk of irreversible changes and could lead to regrettable outcomes as an adult.”