The University of Washington’s Birth Defects Research Laboratory (UWBDRL) sold brains from aborted babies for $200 each to Indiana University, according to an invoice recently uncovered by Indiana Right to Life.

The invoice, dated July 25, 2013, records the sale of two shipments of brain tissue. 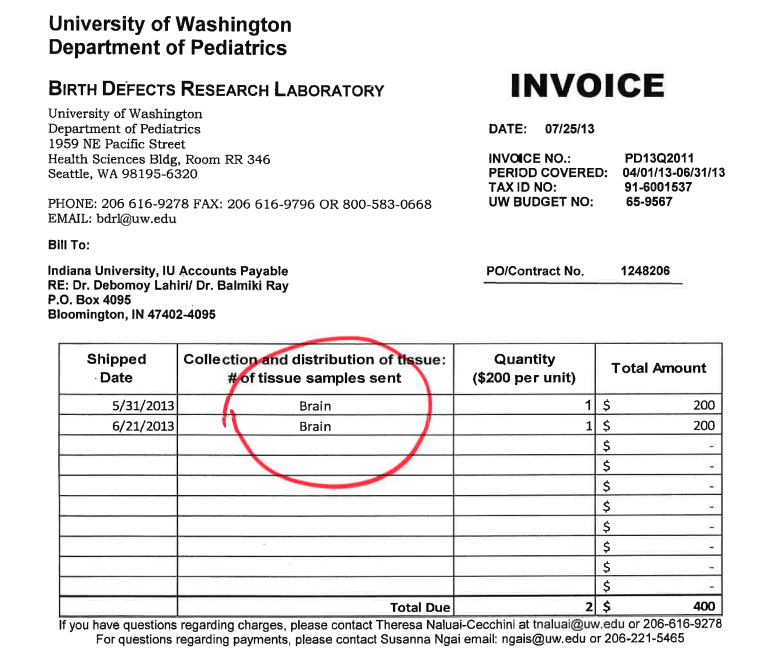 Some critics have questioned whether UWBDRL violated federal human trafficking laws that prohibit the sale of fetal tissue.

Without the business agreement, which is not being made public because of Planned Parenthood’s ongoing federal lawsuit, we cannot know whether UWBDRL engaged in illegally selling aborted fetal tissue. Since UWBDRL is a public entity, the public deserves to know the extent of UWBDRL’s relationship with Planned Parenthood, as well as whether any laws regarding trafficking aborted fetal tissue were violated.