Through a public records request fulfilled this month, FPIW has learned that the Snohomish School District made payments totaling $14,100 to Gender Diversity, a Seattle-based group known to advocate transgenderism to children.

The payments were made in exchange for a series of training sessions and consultations, provided by Gender Diversity’s transgender Executive Director Aidan Key.

What Does This Mean for Your Children?

The District’s relationship with Key and Gender Diversity began in December 2014 at Seattle Hill Elementary School, where the entire staff attended a mandatory two-hour training session, entitled, Understanding Gender Identity in Children. The District’s relationship with the group has continued through 2016 with an additional 8 staff trainings and forums, most of which took place shortly before the Snohomish School Board voted to implement a new transgender policy in late June. 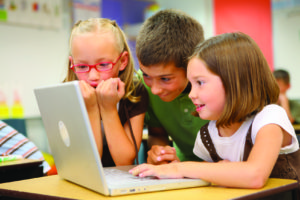 The presentations and trainings centered around this 62-page manifesto, written by the ACLU, Human Rights Campaign, National Education Association, National Center for Lesbian Rights, and Gender Spectrum, among other groups.  The document lays out the entire game plan for pushing radical new gender policies into a school district.

The presentation argues that schools – not parents – should take on the responsibility of affirming, promoting, and protecting transgender youth. It also discusses what measures the school can take if one or both parents are unwilling to affirm a dysphoric child’s newly chosen gender. You can read the entire report here.

Additional emails found in the public records request fulfillment indicate that the Snohomish School District also arranged meetings for Gender Diversity staff to meet individually with each school board member ahead of the June vote.

Just a week after these meetings, the school board voted 6-0 in favor of opening up all locker rooms, showers, changing facilities, and bathrooms to students of any gender or biological sex.  You can read the entire policy change here.

Why Did We Request These Records?

This public records request was initiated after a group of teachers, administrators, and parents approached FPIW seeking information about the District’s relationship with Gender Diversity. The group claims that the new policies created a hostile work and learning environment for teachers and students in the District who do not agree with its heavy promotion of transgenderism.

The group also expressed concerned that the District may have used money specifically set aside for classroom use to bring this new, politically motivated policy into place. The Snohomish School District’s budget policies appear to do little to reduce these concerns.

Friday, FPIW President Joseph Backholm sent a letter to District Assistant Superintendent Scott Peacock, who initiated nearly all communications between the Snohomish School District and Gender Diversity, outlining these concerns and also offering to facilitate “theological and philosophical sensitivity training,” to assist the District with training sessions on “how to tolerate differences of opinion on these issues without creating a hostile learning or work environment.”

Regardless of one’s political affiliation or beliefs on sensitive topics such as transgenderism, we should all agree that the purpose of public education is to ensure that children can read, write, add, subtract, multiply and divide — not to promote controversial political ideologies.

Besides, if public schools are really strapped for cash – so much so that the State Supreme Court would hold the legislature in contempt for failing to give them more money – then it stands to reason that the schools should be more discerning in how they choose to use $14,100 from taxpayers.

What Can You Do About it?

The bottom line is: if you are unhappy with the state of affairs in the Snohomish School District, or in your local school district, the best thing that you can do is work to put a better school board in place. Whether that means running for a seat yourself, or recommending someone you think would be a good candidate, we are here to help.  FPIW’s hosts campaign schools and trainings for those interested in holding public office. If we, as a movement, are not willing to step in and run to win these races, we will continue to watch the public school system indoctrinate children with dangerous and harmful ideologies.

Click here to recommend someone to run for school board. We’ll reach out to them.

If you’d like to voice your concerns about the policy, district use of taxpayer funds, or to ask questions about the District’s relationship with organizations like Gender Diversity, you can contact the Snohomish School District’s Assistant Superintendent Scott Peacock at (360) 563-7284, or email him at Scott.Peacock@sno.wednet.edu.

Took over on July 1, following School Board vote