Meet the Human Rights Commissioners Who Gave Us Open Bathrooms

In December, five unelected members of the Human Rights Commission of Washington, quietly instituted WAC (Washington Administrative Code) Rule 162-32, or the “Open-Bathroom Rule” — the rule that requires schools, businesses, and all other “public accommodations” grant any individual access to restrooms, locker rooms, or shower facilities based on the way they claim to identity or express themselves internally.

This misguided mandate puts everyone at risk.  Children at school, a place where safety and privacy should be more important than anything else; business owners who risk being sued for legitimate attempts to protect their customers’ safety — they’re all targets of a leftist plot to give an excruciatingly small segment of the population a little bit more comfort with their dysphoria. You can read the full text of the Human Rights Commission’s rule here.

To be clear, the concern related to this rule is not that transgendered people are necessarily predators.  The concern is that the rule creates opportunities for those who are.  Regardless, the loss of privacy is an injury even if no assault takes place. Emotional harm is real too.

The Commissioners, who are appointed by Washington’s governor, have the authority to make such rules—which amount to state law—with limited input from the people or state legislators.  As evidenced by the recent open-bathroom WAC, the commissioners are uniquely positioned to do whatever they feel is fit, and generally, no one has questioned it (hence, why they hadn’t published their activities online for almost two years).

We at the Family Policy Institute of Washington think that it’s important for the people to know who’s making decisions for them, especially since these commissioners remain almost completely unaccountable, except to Governor Jay Inslee (who won’t answer your question about the open-bathroom rule unless you’re with the Associated Press).  Here’s a bit more about the Human Rights Commissioners who gave us the open-bathroom rule: 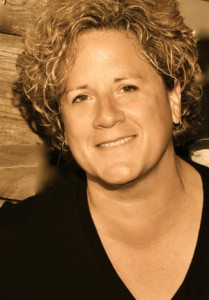 Charlene Strong (@CStrongSeattle): A commissioner since 2009, Charlene Strong is a very involved and well-known LGBT activist who was previously married to a man, but came out as gay and later began a partnership with narrator Kate Fleming. Fleming’s death in 2006 motivated Strong to lobby the Washington State legislature to pass a domestic partnership bill, which it did in 2007.  As a result of her LGBT activism, she met with President Obama to discuss legalization of same-sex marriage, and has also met with other progressive celebrities.  She currently works closely with Equal Rights Washington, an LGBT advocacy group that seeks to ban therapy for teens with unwanted same-sex attraction and hormone therapy access for minors — and even young children — who believe they are transgender. 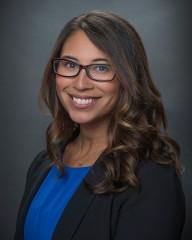 Skylee Robinson (@skyleejane): Robinson is a commercial litigator for Nellermoe Wrenn, PPLC, a graduate of the University of Washington’s law school, a former paralegal for the Army National Guard, and a member of the Board of Trustees for the Pike Place Market Foundation.  According to her attorney bio, Skylee has “always been committed to civic engagement,” and has worked extensively to represent illegal immigrant workers in court.  Robinson has also been known to participate in LGBT activism, attending Pride Parades in Seattle with her fellow commissioners.

You can email Ms. Robinson to share your thoughts here. 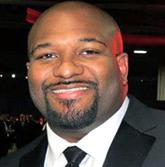 Clarence Henderson (@hendeezi): Henderson, a member of the commission since June 2012, is a native of Alabama and a graduate of Norfolk State University as well as Regent University School of Law. Outside of the HRC, Henderson serves as a Board Advisor to the Tacoma Urban League Young Professionals. Henderson is based in Tacoma, Washington and works as a defense attorney in Pierce County. He was once part of a high-profile case that was part of an effort to fight the state’s “auto-decline” law, which automatically refers juveniles who commit certain violent crimes to adult courts. Click here to email Mr. Henderson. 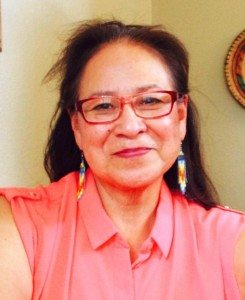 Lenore Three Stars: Lenore is Oglala Lakota, born on the same reservation as her father, the Pine Ridge reservation in South Dakota. Lenore spent many years working as a civil rights activist with the U.S. Department of Education in Seattle, Washington, where she worked to resolve discrimination complaints, further Native American education in public schools, and help native students succeed. Currently, Lenore is a part-time grad student at the North American Institute of Indigenous Theological Studies, and works for both a native non-profit, as well as an Evangelical Church. Indeed, Lenore has discussed her religious journey extensively through videos and blog posts. Given her commitment to the Church, it’s interesting that she would support the open-bathroom policy, as it could potentially require some Washington churches to open themselves up to liability and wrongfully interfere with the separation of church and state. 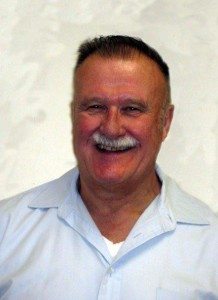 Stephen Hunt, Chairman: Hunt, a native of Massachusetts, was appointed to the HRC in 2012.  In the past, he worked for the United States Equal Employment Opportunity Commission (EEOC), engaging in extensive work extensively dealing with discrimination in Washington, Oregon, Idaho, Montana and Alaska. In addition, he worked directly with the Tribal Employment Rights Offices (TERO) for 21 tribes in these states.  He is a self-proclaimed “expert” in employment discrimination laws and the administrative process, though he has no formal legal training.  The EEOC, which began classifying transgender individuals a protected class only within the past few years, has been a major player in attempts to vilify those who voice opposition to issues with transgender rights.

You can email Chairman Hunt here.

Good government happens when people are engaged on the issues.  We encourage all concerned citizens to contact the Human Rights Commission to express your concern with this rule.  While they aren’t elected by the people, they survive on taxpayer dollars, and they should be held accountable by the people who allow them to exist.  If you don’t like something, say something.

The Human Rights Commission’s stated mission is “to prevent and eliminate discrimination through the fair application of the law, the efficient use of resources, and the establishment of productive partnerships in the community.”

Don’t think these unelected few should have the power to make legally-binding rules?  Want the Commission and the state legislature to know that you want this rule repealed?  Sign our petition here and be sure to contact your legislators, which you can do through our contact portal here.