On December 26th, a new rule went into effect that has generated a significant public response.   The rule, which was passed by the Washington State Human Rights Commission, mandates that all schools and businesses in Washington State maintain open bathroom/locker room policies which will allow people to choose the facility they want to use based on their gender identity or gender expression.

It makes it illegal for any school or business to ask someone to use a bathroom that corresponds to their biological gender or to provide them a separate gender neutral option.

Members of the Human Rights Commission are appointed by Governor Inslee. 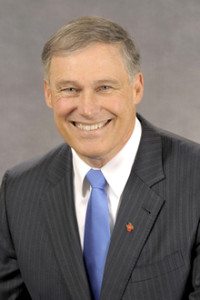 Yesterday, FPIW communications director Zach Freeman had a chance to talk with Gov. Jay Inslee as well as his Republican challenger Bill Bryant to ask them their thoughts on the new rule.

Gov. Inslee appeared uncomfortable and resorted to asking Mr. Freeman a series of questions in an apparent attempt to avoid answering any questions himself:

Gov. Inslee: Are you a journalist?

Mr. Freeman: I’m trying to be.

Gov. Inslee: Who do you work with?

Gov. Inslee: Who is that?

Gov. Inslee: It’s a what group?

Mr. Freeman: It’s a group that does family policy

Mr. Freeman: We do issues of marriage, life, religious freedom…the things that nobody really likes to talk about.

Gov. Inslee: Really? What kind of things are they working on?

Mr. Freeman: Well, at the moment I’m actually asking about the bathroom rule that was proposed by the Human Rights Commission…

Gov. Inslee then cut off the question by again asking Mr. Freeman if he was a journalist and who he was working for.

He concluded the exchange by telling Mr. Freeman that if he became a part of the Associated Press “then I’m really happy to answer your question.”

You can hear the full audio of the brief but awkward exchange below:

After the interview, FPIW reached out to Governor Inslee’s press office for a statement on the issue but they have not responded. 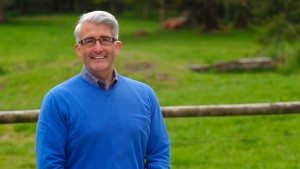 Bill Bryant, the only current challenger to Gov. Inslee in the 2016 gubernatorial election, was also in Olympia yesterday. He was more willing to discuss the issue. “Everybody deserves to be in an environment where they feel safe.” Bryant said.  “That includes someone who is transitioning between genders, but it also includes a high school girl who wants to go into a locker room.  I think the Human Rights Commission picked the rights of one group over the rights of others.”

Bryant suggested that it would be appropriate for the Governor to set the rule aside for 24 or 48 months so that the legislature can address it.  You can hear Mr. Bryant’s statement below:

If you are a member of the Associated Press, you can contact the Governor’s office at 360-902-4111 where he would apparently be happy to answer your questions about this issue.  Please do ask, because the rest of us would like to know.

Everyone else can use that number to share their thoughts about this issue with the Governor.  If you do, please be respectful. He needs to hear from you, but not if you’re angry.  That only hurts the cause.   Besides, the person answering the phone is not the Governor.  It’s just someone doing their job who probably hasn’t ever done anything mean to you.  But if you’re kind to them, they’ll be happy to relay the message.

You can also email the Governor by clicking here.