Last week, news broke about a new rule passed by the Washington State Human Rights Commission creating a statewide mandate that businesses must allow men into women’s bathrooms and locker rooms if they say they are a woman.

But as details have become available, it appears the final version of the rule is actually worse than the proposed rule. Here are some of the “highlights”:

While the draft rule imposed a mandate on every business in the state, it provided discretion for schools to deal with each case on a case-by-case basis.

However, the final rule removed any discretion for school officials and mandates that all schools must allow boys into the girl’s locker room if they claim to be a girl.

The rule states that it is illegal to ask someone who is confused about their gender to use a separate facility for the benefit of women and children who might be uncomfortable.

However, once a man begins to undress in the women’s locker room a person who “expresses concern or discomfort…should be directed to a separate or gender-neutral facility.”

So, all you women who are uncomfortable with the naked guy over there, “Please come with me and leave him alone.”

In addition to prohibiting reasonable accommodations that recognize the public’s right to privacy along with the bathroom needs of the transgendered, this rule targets a wide range of speech.

It is illegal to ask “unwelcome personal questions about an individual’s sexual orientation, gender expression or gender identity, or transgender status.”

The commission provides no guidance to the public about how they are supposed to know which questions are unwelcome before they ask them.

It is also illegal for a business to deliberately “misuse” someone’s preferred pronoun. If a man believes he is a woman, but you refer to him as a “he” anyway, he can sue you.

However, you should be careful not to ask questions about which pronoun he prefers. Remember, if that’s an “unwelcome question” he can sue you for that.

It is also now illegal to use “offensive names, slurs, jokes, or terminology regarding an individual’s sexual orientation or gender expression or gender identity.”

The fact that “offensive” is an undefined and completely subjective term that provides no guidance to the public about what they can and cannot do is apparently lost on the commission.

The best advice may be to just stop speaking. As we all know, someone is offended by everything. 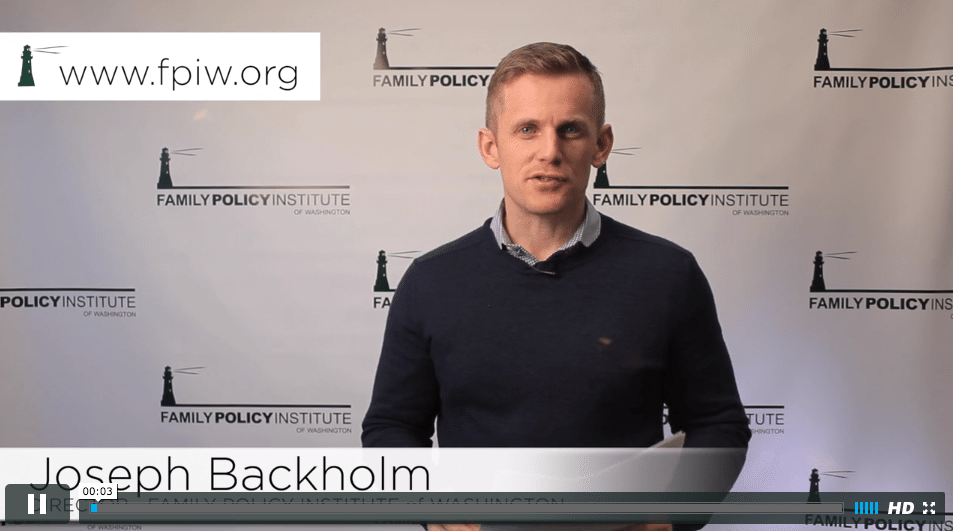 As the public wrestles with how to respond to this, here are some of the most frequent questions we have been asked in the last few days.

Very few other media outlets have covered this story. That has led a lot of people to wonder if there isn’t some kind of mistake. Sadly, there is no mistake. Other news outlets have began to cover the story here, here, and here.

2. What will happen if I violate this rule?

The Human Rights Commission has the authority to issue fines and create a range of orders intended to “eliminate the effects of an unfair practice and prevent the recurrence of the unfair practice.”

The rule specifically states that businesses and schools open themselves up to civil liability for violations of any of their new rules.

3. Who made this rule anyway?

The Washington State Human Rights Commission was created to help enforce the Washington State Law Against Discrimination. There are five members who are appointed by the Governor and are not subject to election. You can find them here.

While rule-making authority is frequently delegated to agencies for the purpose of enforcing laws the legislature passes, the concern is that a policy of this magnitude and scope far exceeds what the legislature intended or the public expected when the non-discrimination law was passed.

While the Human Rights Commission has authority delegated to it by the legislature, the legislature has the authority and responsibility to correct mistakes made by agencies or commissions.

5.  Isn’t this outrage just much ado about nothing?

If you believe a rule of this kind would never be exploited by people with bad intentions, simply search for Jason Pomares, Norwood Smith Burnes, or Taylor Buehler on the search engine of your choice.

Burnes exposed himself to children in a Walmart restroom in 2010 while Pomares dressed as a woman and snuck into a Macy’s bathroom to videotape women in 2013.  Buehler wore a bra and wig and slipped into a bathroom and locker room in 2012 to watch women at Everett Community College. All three men were arrested.

In addition, Christopher Hambrook sexually assaulted multiple women in a Toronto women’s shelter while “identifying” as a woman.

Sexual predators look for opportunity. This provides it.

Everything we do is made possible by friends like you.  If you can chip in $5 or more to help restore rational bathroom policies, we’d be grateful.