The following letter was hand delivered to Governor Jay Inslee’s Office and read aloud on August 18, 2015, at the Olympia Women Betrayed Speak Out Day Rally. The letter is in response to the Governor’s continued steadfast support of Planned Parenthood, in spite of the recent revelations about their exploitation of women and profiting off the sale of aborted babies’ body parts.

On Saturday, March 22, 2014, when the Oso landslide roared down the mountain into the valley below, ripping apart the lives and limbs of unsuspecting innocent people, you stood strong for the value of every human life entombed in that mud.

You showed up day and night to comfort the families and offer your unfettered support and assurances that you would not give up until every missing person was found.

I couldn’t have been prouder of our Governor at that moment. Your leadership was exceptional. The authenticity of your actions touched my heart. I wanted to be there to stand with you, and to help, but I couldn’t. I was comforted to have you there on our behalf.

Today, August 18, 2015, we are in the midst of yet another landslide issue. Only, this time the victims are being buried under a filthy lie, that Planned Parenthood exists to “ensure every woman has access to safe and legal reproductive health care”.

We know from the recent revelations about Planned Parenthood that they have been systematically deceiving women about their procedures and illegally profiting off the dissected body parts of their aborted human babies. Women are supposed to support each other, not sell each other out for profit.

Planned Parenthood’s own top doctor, Dr. Deborah Nucatola, admitted that Planned Parenthood alters the abortion procedure, turning the baby to a breech position, in order to get the baby body parts intact and fill the orders for the day when needed. This is a risky procedure for the mother.

All things considered, Governor Inslee, I’m writing to you today because I’m kind of confused about your continued support of Planned Parenthood.

I sincerely do not understand how you can you be so passionate about the value of every human life buried in the Oso landslide, and yet so dispassionate and incapable of seeing and acknowledging how troubling the allegations against Planned Parenthood are.

How can you in good conscience vow to stand steadfast with an organization like Planned Parenthood whose representatives have, in their own words, so clearly stated their betrayal of women?

How can we take you seriously when you talk about children being our future, for wanting to protect the environment for them and give them the best education ever, when you stand for a an organization like Planned Parenthood that views women, both born and unborn, as commodities to be marketed and sold?

How can you continue to offer your unfettered support and assurances to fund an organization like Planned Parenthood that’s been caught in the act of doing the exact opposite of what you claim to support them for?

Governor Inslee, I have seen your contempt in the face of what you deem unjust and your sincere compassion in extraordinary situations. Women facing unplanned pregnancies need genuine support and empowerment. There are 8,000 federally funded Community Health Centers and thousands of pregnancy resource centers that offer free support and resources to pregnant women in need.

I’m sincerely praying you will have the courage to do the right thing.

When you do, I will be here to stand with you, and to help, but I can’t until you are standing for what’s truly in the best interest of women. 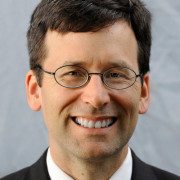 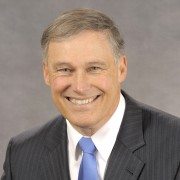 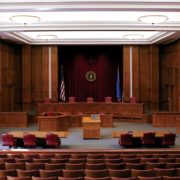 Statewide Protests of Planned Parenthood This Saturday
Scroll to top