In response to videos recently released by the Center for Medical Progress in which Planned Parenthood executives discussed the harvesting and sale of organs taken from aborted babies, seven Washington State legislators have called on Gov. Jay Inslee to cease state funding of Planned Parenthood.

The letter states that the current Washington State budget will spend send more than $50 million in state and federal money to Planned Parenthood. 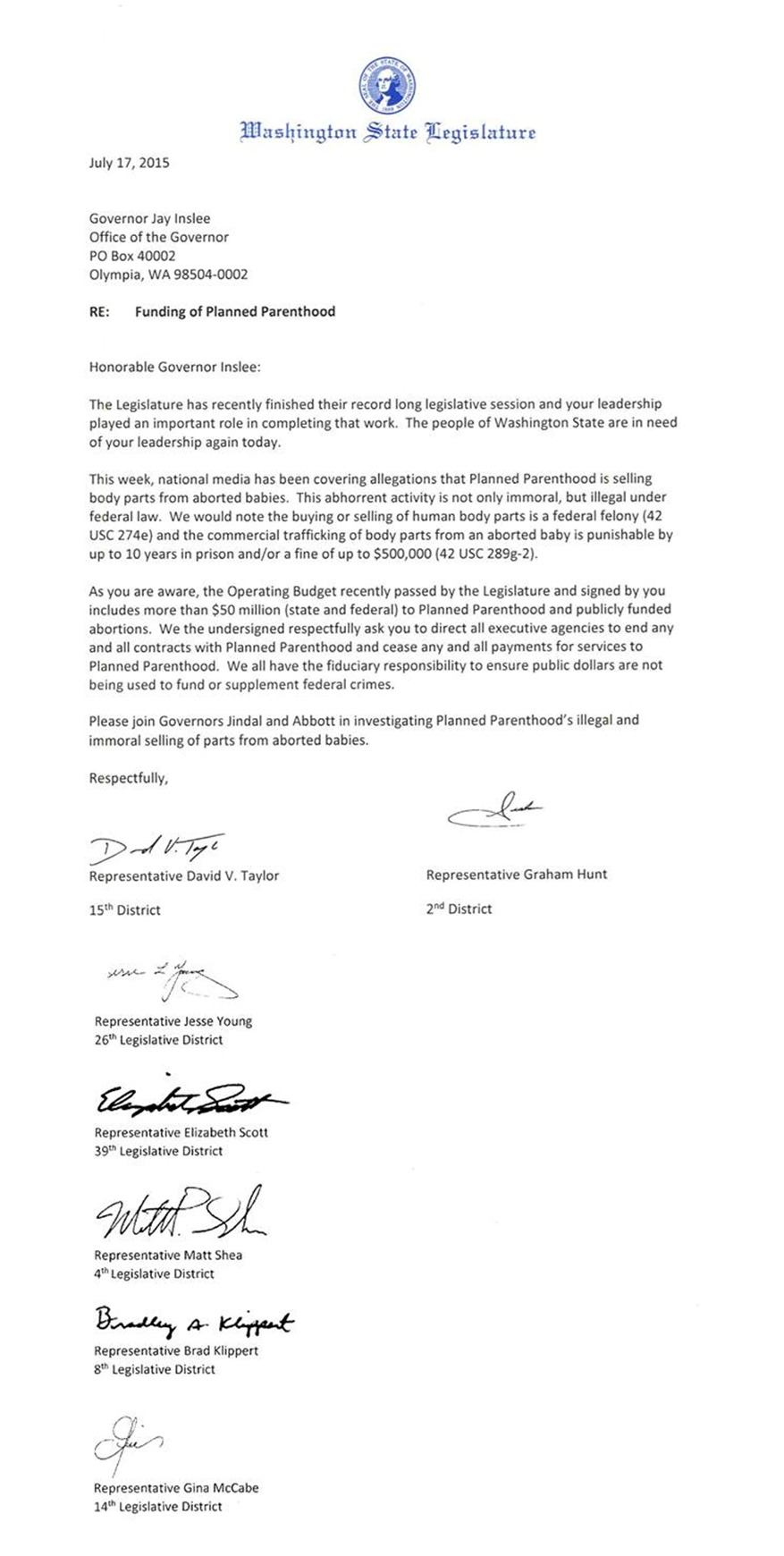