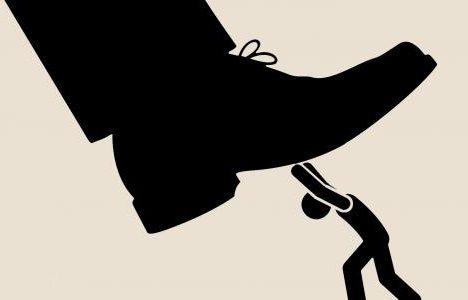 With the Supreme Court’s recent decision on Marriage, this five part series examines how we got to where we are.

By the 2010s advocacy groups had successfully lifted the stigma against other-oriented lifestyles, and gays had successfully joined the ranks of blacks and Native Americans in their shared pleas for emancipation. Harvey Milk Day was officially celebrated to acknowledge Milk’s contributions to an agenda so entrenched that, like it or not, independent thinkers were obliged to join the celebration—or else.[i]

2010s—Enforcement in Education
The 2010s marked the first time an accrediting agency for higher education demanded a report from a private Christian college, forced to give account of its rules concerning homosexuality. On the global level, the UN Alliance of Civilizations partnered with the UNESCO[ii] to initiate a campaign to “Do ONE Thing” for diversity (but only the right “one thing”). I’m reminded of a junior high teacher in the Bronx who prayed with her students following the untimely death of a classmate. For this “one thing,” she lost her job. Similarly, while pursuing a master’s degree in counseling at Augusta State University, grad student Jennifer Keeton agreed with many professionals (and former gays) that homosexuality is not biological, but rather a lifestyle choice. For this, Keeton faced expulsion unless she attended sensitivity training, participated in the local gay pride parade, read gay-friendly material, and submitted a monthly two-page reflection on how the program influenced her beliefs.

2010s—Enforcement in the Arts
In April 2010 the non-profit Foundation for Sex Positive Culture hosted the Seattle Erotic Art Festival to welcome predominantly female-identified, sex-positive individuals—i.e., queer, transgender, kinky, bi- and poly- sex service workers. ”Targeting colleges and universities with the messages, “Whore Pride” and “Out loud and Proud,” the SWOT (Sex Workers Outreach Team) claimed to “build community” by decriminalizing sex workers. Think about it. Heroine-using sex workers in East Africa engage in the practice of “flash-blood” (or “flush-blood”) by deliberately self-injecting another addict’s blood—this, to share the high or to stave off pangs of withdrawal. Do we really want to decriminalize sex workers who put clients at risk for AIDS and who knows what?

2010s—Enforcement in Religion
By the 2010s, many religionists engaged in alternative lifestyles. Rabbi Steven Greenberg self-identified as the world’s first openly gay Orthodox rabbi,[iii] and a partnered lesbian, Episcopal cleric Mary Glasspool, followed Robinson’s lead in “coming out.”[iv] Astonishingly, former president of Exodus International, Alan Chambers issued a public apology to the LGBT community. “For quite some time,” he lamented, “We’ve been imprisoned in a worldview that’s neither honoring toward our fellow human beings, nor biblical.”[v] In repudiating the organization’s core mission at its 38th annual meeting, Chambers undermined its good work and, in turn, empowered radical activists by his change of heart.[vi]

The American Foundation for Equal Rights made a case that religious hostility fueled the campaign behind Proposition 8. Two experts retained by same-sex marriage proponents argued that religion had been used to justify discrimination against African Americans and women, as well as gays.[vii]That the court allowed internal communications of churches into evidence astonished a lawyer for the Proposition 8 campaign. He believed this to be a “major expression of religious bigotry.”

Leading the fight for marriage equality, the Foundation feigned dedication to protect and advance equal rights for every American. Truth be told, advocates presume some to be “more equal” than others. Take, for example, florist Barronell Stutzman, whom the state of Washington harassed and sued.[viii] Not for committing some heinous crime, but rather for standing firm on her biblical convictions. A devout Christian, Stutzman declined a long-time client’s request to grace his same-sex wedding with floral arrangements. Though the gay couple graciously accepted her position, this small business owner from Richland, Washington, was blindsided by a broader agenda capsulated in UNESCO’s Declaration on Tolerance and enforced by its minions. Stutzman learned that civil rights of a gay couple trump her own, a lesson likewise learned by British seniors fined for denying privately owned lodging to a same-sex couple.[ix] For perceiving homosexuality to be sinful, and thereby offending gays, a Swedish Pentecostal pastor was jailed; and Bible-teaching U.S. Military chaplains faced charges of discrimination.[x]

2010s—Enforcement in Government and Law
True, New York University Professor Judith Stacey offers expert testimony of gay marriage benefits,[xi] and advocates aren’t all political progressives. Dick Cheney, Arnold Schwarzenegger, and Laura Bush endorse marriage “equality,” and Cindy McCain and her daughter, Meghan, serve as willing poster girls for it. But consider this: If one’s sexual preference is defended as a “civil right,” why not condone bestiality-oriented tourists who visit Exit Point Stallions Farm? For having sex with several large-breed dogs at this Whatcom County animal-sex farm, a British visitor was arrested—in my opinion, rightfully so.[xii] On behalf of bullied youth, an It Gets Better Project pledged to spread the word. Unfortunately, that message had been lost to Miss California Carrie Prejean once her dream to compete for a Miss USA title was smashed simply because she championed traditional marriage. For similar reasons, two Christian publishing companies were sued; and Chick-fil-A owners faced public bullying.[xiii]

2010s—Enforcement in the Workplace
California’s “Hey, Mister, Nice Dress Law” (AB 196) mandated stiff fines for any business owner who dared to fire a cross-dresser, even in a private store, or where small, highly impressionable children were involved while, in Maine, a veteran newsman (Larry Grard) lost his job for composing a personal email disapproving of gay marriage.[xiv] Though the Employment Non-Discrimination Act (2013) sounds fair and balanced, ENDA actually affords special rights for homosexuals and transgendered individuals. It forbids employers from factoring into their managerial decisions negative consequences of employee behaviors in the workplace, and it allows federal government to impose on employers what the free market can work out itself.[xv] Plus, it makes it illegal for organizations or small businesses with fifteen or more employees to: “fail or refuse to hire (or to discharge) any individual, or otherwise discriminate against any individual because of such individual’s actual or perceived sexual orientation or gender identity” based on identities that (unlike race or gender) are subjective, self-disclosed, and self-defined.” Notice the words, “perceived sexual orientation” and “self-defined.”

2010s—Enforcement in the Global Village
Recognized as legit by the UN, NAMBLA openly campaigns to eliminate age of consent laws;[xvi] and in 2011 the State Department spent $300,000 promoting homosexual activism in Cuba, where Raul Castro’s daughter, a trained sexologist, led an “LGBT” parade in Havana and maintained that Uncle Fidel (who locked up homosexuals for being public menaces) was, in fact, a closet gay-rights advocate.

Concluding Thoughts
The first ten amendments to the U.S. Constitution (Bill of Rights) delineate specific rights reserved for U.S. citizens and residents.[xvii] Protected by the Constitution, civil rights include freedom of speech, but apparently no longer for conservative speakers on college campuses, where student hecklers routinely disrupt lectures. Discrimination that interferes with equality of opportunity in education is unlawful yet, in sync with the gay agenda, teachers willfully refuse to speak on the National Day of Silence and thereby halt instruction. Although gays enjoy freedom from discrimination on the basis of sexual orientation, Christians no longer enjoy the same on the basis of religion. Case in point: At taxpayer expense, one can retell the Passion Play from the gay perspective, but try telling Harvey Milk’s story from a traditionalist’s point of view, and see what that gets you!

Discrimination that interferes with employment is unlawful, yet small business owners, as Barronell Stutzman, are threatened with potential bankruptcy for basing private business decisions on religious convictions. Because ex-NAACP leader Rachel Dolezal identified as black doesn’t make her black anymore than a self-defined gender identity makes it so; but now it is illegal for organizations or small businesses with fifteen or more employees to discriminate based on the whim of some subjective self-identity.

Discrimination that interferes with housing is unlawful, yet two heterosexual women were severely punished for declining to welcome a lesbian roommate into their home when, in reality, it was the lesbian who presumed to interfere with their established household, not the other way around. Immunities are legal protections that prevent hindering another’s enjoyment of life, yet Miss California Carrie Prejean and Boy/Girl Scouts suffered negative impact of viewpoint discrimination merely for applauding a “morally straight” lifestyle.

Looking past their own ambivalence, nine robed justices will settle the matter regarding the constitutional right to gay marriage and associated federal benefits.[xviii] The threat to churches, schools, and nonprofits will turn on how the Supreme Court rules at the end of June 2015. This matters culturally, demographically, and religiously. Marriage is rightly viewed as a privilege and responsibility, not an arbitrary civil right. In fact, for thousands of years, legal union in marriage has been the norm embraced worldwide by all civilized cultures. Homosexual unions may well be “sustainable,” but failing to meet the required birth rate would imperil our culture and all that’s good about it.[xix]

Most importantly, to prohibit personally held convictions of conscience is to violate the Establishment Clause of Free Exercise. Journalist Emily Belz fears, “A decades-long philosophical shift in U.S. law schools and courtrooms is enshrining consensual adult sexual expression as the ultimate American right, even above religious rights.”[xx] In less than a decade, the LGBT community’s sway over the political narrative in our country has grown as fast—if not faster—than its membership. Admittedly, the America of my childhood is lost, its culture shattered. This core issue will decide if, in fact, it is lost forever.

[xv] The Heritage Foundation reports that 88 percent of Fortune 500 companies prohibit employment decisions based on sexual orientation, and its adding to a variety of overreaching and crushing federal, state, and local laws/regulations that already constrain the way businesses or organizations are run.

[xvi] The North American Man/Boy Love Association (NAMBLA) is a pedophile and pederasty advocacy organization in the United States. It works to abolish age of consent laws.

[xix] Already we’re below birthrate needed to perpetuate our culture.

A Culture Shattered: Part 4 of 5—Legitimizing the Antithesis (2000s)

Three Reasons It Isn’t Over
Scroll to top