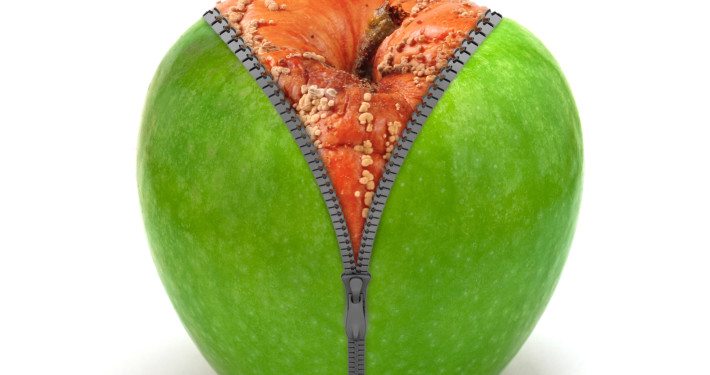 With the Supreme Court’s recent decision on Marriage, this five part series examines how we got to where we are.

By the 1990s, commonly held cultural definitions had succumbed to political correctness. Belief that diverse cultures can thrive independently of one another in a single, unified society, pluralism served as bridge between absolute truth and relativism.[i] Having progressed from biblical, to modern, to postmodern worldviews,[ii] America was nothing if not inclusive.

1990s—Reimaging the Military to be Kinder, Gentler
One of President Clinton’s first policies was Don’t Ask-Don’t Tell in the armed forces. Barney Frank introduced an act that decriminalized sodomy in the military,[iii] and the Pentagon cleared homosexuals for service.[iv] Over time, army briefings classified evangelical Christians and Catholics as religious extremists, and a military brief directed officers to pay close attention, not to troops seeking homosexual gratification, but rather to troops who supported groups said not to share army values—namely, the American Family Association and the Family Research Council.

1990s—Reimaging the Marketplace of Ideas using Victim-Victimizer Theory[v]
While the family-friendly Truth in Love Project and Love Won Out Seminar were met with outrage,[vi] the Los Angeles Unity-and-Diversity Festival drew accolades. Moreover, the WA Times launched an impactful Human Rights Campaign media blitz[vii] acknowledging bisexuality as the “in thing” among teens.[viii] Expanding the victim-victimizer theory, Dan Rather portrayed homosexuals as the nation’s most endangered species,[ix] and a 60 Minutes participant characterized critics of the gay revolution as “nuts.”[x] Added to the influx of homosexual comedy within the mainstream, publication of Out magazine, Dial-a-Porn services, and gay-favoring ad debuts on national television,[xi] close to thirty openly gay characters regularly appeared on primetime TV.[xii] In the semblance of inclusiveness, Ellen DeGeneres famously came out, and Roseanne aired a lesbian kiss; in contrast, some years later, traditionalism was deemed so controversial, a marriage-friendly Super Bowl ad was rejected as unfit for public consumption.[xiii] Really?

Targeting “questioning” youth, the United Way granted four thousand dollars for public school placement of gay-themed Alyson Publications—King and King, for one. On Valentines’ Day, four self-identified avengers for “lesbian survival and visibility” handed out explicit pink leaflets to elementary-aged students,[xix] and the Sexual Minority Advocacy Council promoted Alyson books for ages five and up in the Seattle School District.

While abstinence programs were ridiculed as archaic, teens had easy access to the blatantly gay WA Blade magazine, not to mention school-based health care clinics ever sensitive to lifestyle-specific concerns. Though only 2.8% of men and 1.4% of women were gay, junior- and senior- high schools offered pro-gay Project 10-type counseling programs. The ten stands for Kinsey’s falsification that gays represented ten percent of the population. So effective was the reimaging campaign in public schools that a Zogby poll reported that two-thirds of America’s high school seniors favored legalization of gay marriage.[xx] Clearly, the dialectic had worked.

1990s—Reimaging Government and Law to Favor a Protected Class
First to reach out specifically to the gay political community, President Clinton promised not only to tolerate, but also to advocate on behalf of sexual orientation differences. The President appointed twenty-nine gays to influential positions in his administration and, doing so, established the nation’s first AIDS czar. Claiming June as their own, the LGBT community observed the month with programs, ceremonies, and activities, all sanctioned by Clinton who, by Presidential proclamation, instigated the first annual Gay and Lesbian Pride Month. At taxpayers’ expense, a gay dance party rocked the federal building in Washington, D.C.[xxvi] The grateful homosexual lobby reciprocated by gracing the Clintons with millions of dollars in donations.[xxvii]

This was the decade of civil unions. By staging a mass wedding ceremony, the 1993 Gay Rights’ March in D.C. demanded gay entrance into the mainstream; and an APA report stopped short of outwardly endorsing pedophilia (1999). The Gay Manifesto insisted on adult sex with children;[xxviii] and the Governor-sanctioned Podlodowski/ Mileur Fund, administered by the Pride Foundation, was first to support America’s same-sex couples with children.[xxix] In the Psychological Bulletin, three academics relinquished politically incorrect terms as “child abuse or molestation” for the presumably more benign label, “adult-child sex.”

While the Civil Rights Amendment Act (1993) recognized homosexuals as a protected class, DOMA was challenged rigorously in American courts. Policy via ordinance in San Francisco required gay-centricity (no exemption for religious opposition).[xxx] Hawaii’s Supreme Court ruled in favor of issuing marriage licenses to same-sex couples (Boeh v Lewin),[xxxi] and the Aaron McKinney case introduced the gay-panic defense.[xxxii] Warning about the “real threat of violence” against gays, Attorney General Janet Reno broadened the law. While hate-crimes legislation thwarted attacks against gays, gay-rights opponents declined to testify in courts of law for fear of intimidation and threats of personal harm.[xxxiii] Off message retaliatory crimes against opponents of the gay agenda failed to qualify as news.[xxxiv]

1990s—Reimaging Medicine Attune to a High Risk, Yet Politically-Protected Minority
The National Cancer Institute’s federally funded search for a gay gene inspired reimaging in the medical/ health arena. A 1993 study supposedly demonstrated genetic determinism for homosexuality; however, vital information that male participants lacked the genetic marker allegedly linked to homosexual behavior was conveniently withheld. Although a 1998 Psychological Reports article shaved an estimated 20-30 years off life expectancy for the average homosexual, and the Executive Director of Exodus International reported that gay men are six times more likely than straight ones to commit suicide, the Surgeon General nonetheless applauded homosexuality as “a wonderful, healthy part of our being.”[xxxv]

In the gay Advocate Surgeon General Joycelyn Elders pronounced the ban on gays in Boy Scouts as having “a negative effect on the mental health of homosexual youth,” and youth representing all lifestyle choices were welcomed into the Girl Scouts. The Center for Population Options exposed negative impact on LGB youth as a result of homophobia.[xxxvi] Though scouting is both private and voluntary, the New Jersey Supreme Court ruled in August of 1999 that, contrary to their code of honor, Boy Scouts must admit gays.[xxxvii]

1990s—Reimaging the Church to Mirror Secularism
Predicted by Dr. C. Everett Koop and Dr. Francis Schaeffer in the 1979 book, Whatever Happened to the Human Race, “Things considered unthinkable in the 1970s would be quite thinkable in the 1990s.” And so they were. Worldwide Sisters of Perpetual Indulgence presented themselves as a community-service order of “queer” nuns. Theirs was a gay spirituality whose ritual was rooted in faerie paganism and eastern philosophy. Initiates purposed “to ruin all detrimental conditions,” including guilt, even for the guilty. Hence, they “went forth to sin some more” in hopes of expiating stigmatic guilt purportedly placed on them by right-wing religious and political organizations. The fight for gay marriage heated up—first, in Hawaii (1998), debate for which ended in legislators’ banning it. Thereafter, Defense of Marriage Acts held the line for traditionalism in thirty states, thus warranting a new round of the dialectic.

By the 1990s, the World Council of Churches had condemned “homophobia”; and a reimaging event, Out Together, featured lesbian Christians. The General Theological Seminary of the Episcopal Church revised its housing policy to permit “committed same-sex couples” to live together in seminary housing, but denied that privilege to heterosexual counterparts,[xxxviii] and a confirmed Episcopal Bishop in Minnesota pledged to ordain homosexuals.[xxxix] Evangelical Lutherans endorsed same-sex unions, and attendees at a Presbyterian Layman’s conference performed a lesbian milk-and-honey ritual.[xl]

1990s—Reimaging the Family to Inclusive Alternatives
In response to changing socio-economic structures, the U.N. proclaimed 1994 the International Year of Families. Not coincidentally, its designated Families Day coincided with GLBT festivals and celebrations in Zurich, San Francisco, Las Vegas, Manchester, Toronto, PA, CA, and NY. Center Voices presented a reading of Three Mothers of Zachary, a series of monologues detailing the life of a gay boy, who ultimately commits suicide. The Gender Identity Project hosted its Trans Prom dance extravaganza for gender-non-conforming people, and NYC Youth Pride Chorus of young LGBT artists presented Lullabies and Wake-Up Calls to jumpstart the Pride season. Of course, Straight Prom dance extravaganzas and the like were out of the question.

Over all, the reimaging campaign of the 1990s proved highly successful. This was the decade of a kinder, gentler military, verbal and social engineering, celebrated diversity, the diapraxed[xli] church, and cultural supremacy for a high-risk, politically protected minority.

[ii] A reaction against modernism, postmodernism originated with the Enlightenment, when many intellectuals announced autonomy from God. This clean break demanded that “truth” be found in human reason alone. To make sense of reality, postmodernists believe in no grand metanarrative—that is, no big story. For this reason, truth is perceived as nothing more than a social or personal construction. It is more often than not self-serving. Without God and His Plan, reality dissolves into paltry bits and pieces (Isaiah 14:12-20; Ezekiel 28:11-19).

[iii] H.R. 1915 amended title 10, United States Code, to provide that consensual sexual activities between adults (adultery and sodomy included) shall not be in violation of the Uniform Code of Military Justice, which act may be cited as the “Anti-Hypocrisy Act of 1997.” Throughout the 1980s, its sponsor Rep. Barney Frank (Democrat, Massachusetts) reportedly allowed his male, live-in lover to run a homosexual prostitution ring from his Washington, D.C., home.

[iv] Through Tricare, the Defense Department-run managed care system for active-duty personnel and dependents, the Pentagon sponsored “a health advice line that tells military callers it is OK to be gay and that homosexual couples make just as good parents as traditional families,” according to a story in The Washington Times.
Rowen Scarborough, “Pentagon Line Gives Advice on Gay Life.” (Washington, D.C.: The Washington Times, 2 March 1999). A1.

[xvi] John Lee, Syndicated Columnist. “Respecting Diversity Is Not the Same as Endorsing It” (U.S. News and World Report, 1992).

[xxvii] Americans for Truth About Homosexuality. “The Homosexual Lobby Has Given Bill Clinton $4.5 Million. Here’s What They God for Their Money” (Washington, D.C.: Christian Defense Fund, 1993, 1996).

[xxxvii] “New Jersey Supreme Court Rules Scouts Must Admit Gays” (Los Angeles, California: Los Angeles Times, 1999).
The Scout Oath: “On my honor, I will do my best to do my duty to God and my country and to obey the Scout Law; to help other people at all times; to keep myself physically strong, mentally awake, and morally straight.”