On Tuesday, the Supreme Court will hear oral arguments to determine whether it is constitutional to define a relationship between a man a woman.   Today, around 10,000 supporters of marriage rallied in front of the U.S. Capitol then Marched up the hill to the Supreme Court.

The message from the crowd and a lineup of speakers was clear. Marriage is a relationship between a man and a woman.  Not only should it not be changed, it cannot be changed.

It seems appropriate that the Capitol is under construction as we deliberate whether to attempt a reconstruction of the family. 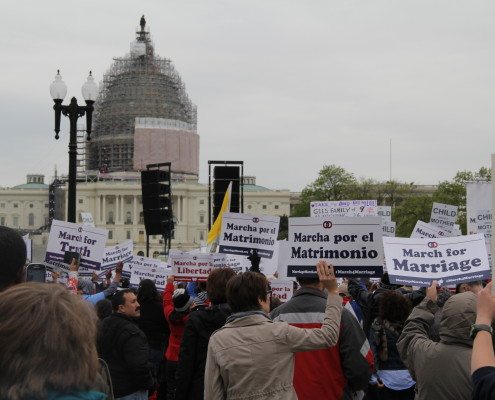 But maybe the most striking thing about the crowd was it’s diversity.  In a way, it wasn’t very diverse at all. It was hard to find white people.  Churches and communities bused people in from New York, Michigan, Connecticut, Pennsylvania, Washington State… others flew in from the Puerto Rico.

While there is a lot of debate about immigration, it is apparent that on the issue of marriage, immigration is not the problem.  It may, in fact, be the solution.  The predominantly white churches in America have a lot to learn about the courage it takes to publicly stand for what is true from their minority brothers and sisters.

The good news is that this was the largest March for Marriage in the short history of the event. It is apparent that a strong foundation is being built. 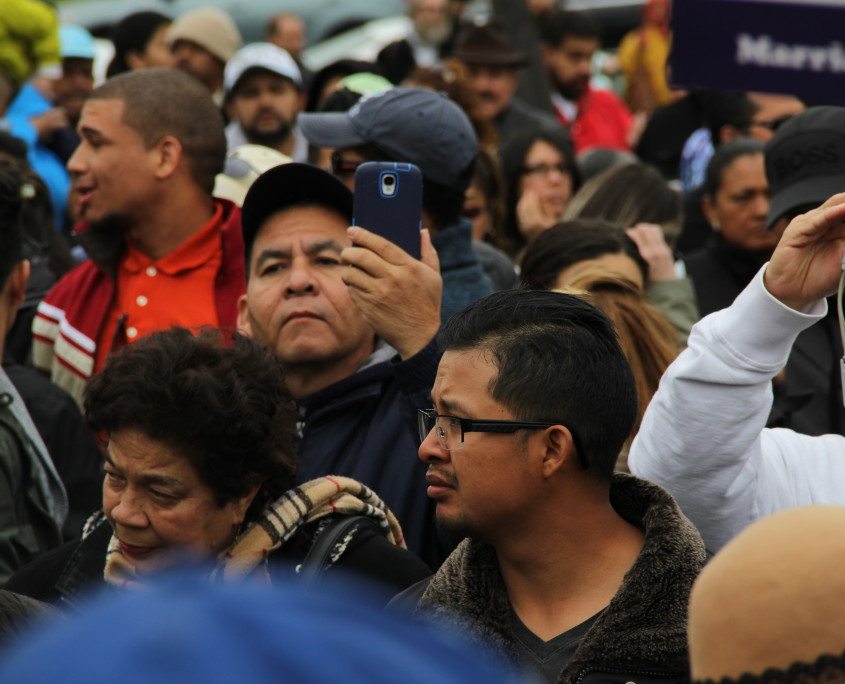 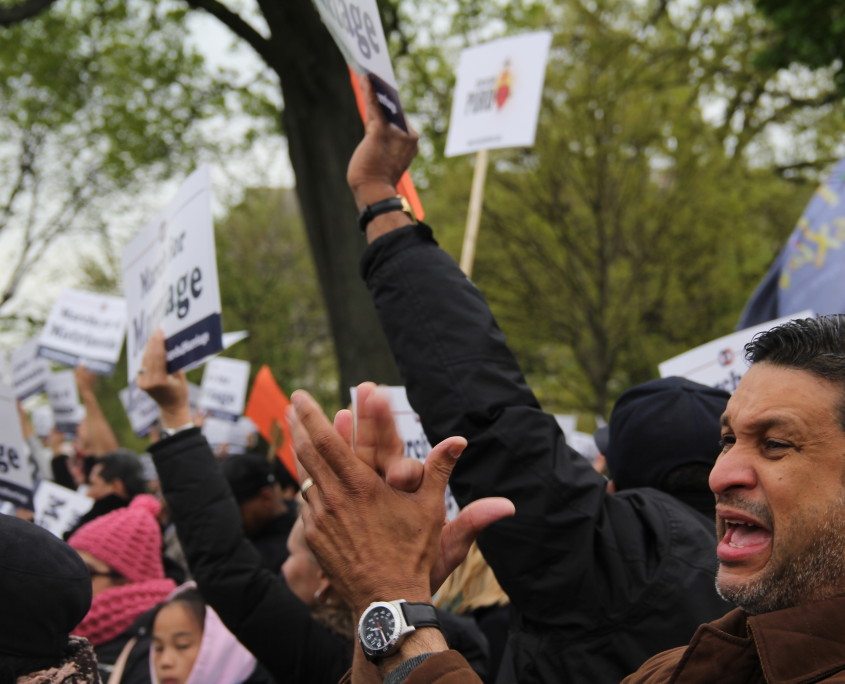 Of course it’s no fun to have a rally if you don’t have a counter protest.

So there were these folks.  I guess the white people took a little longer to get ready so they came late. 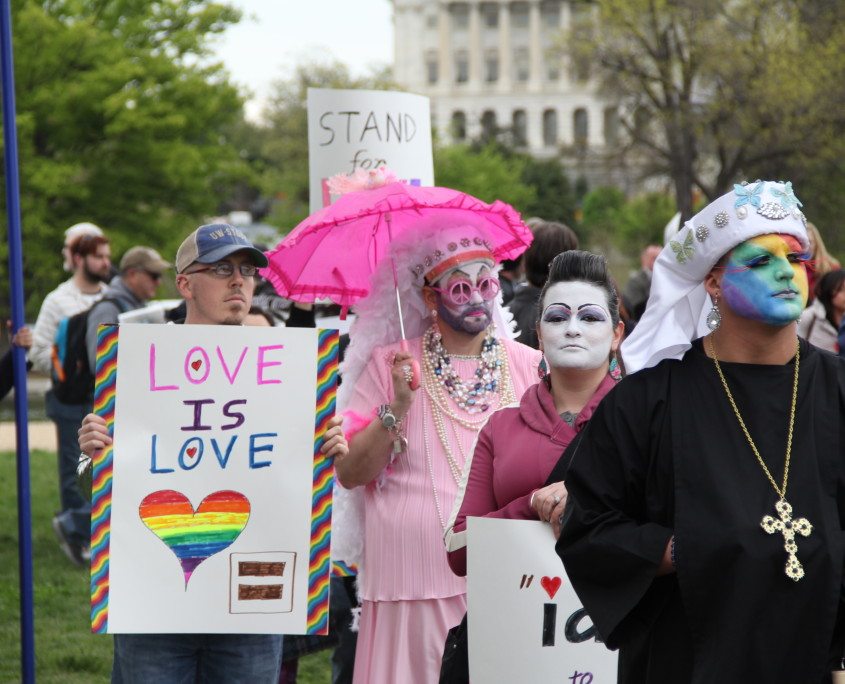 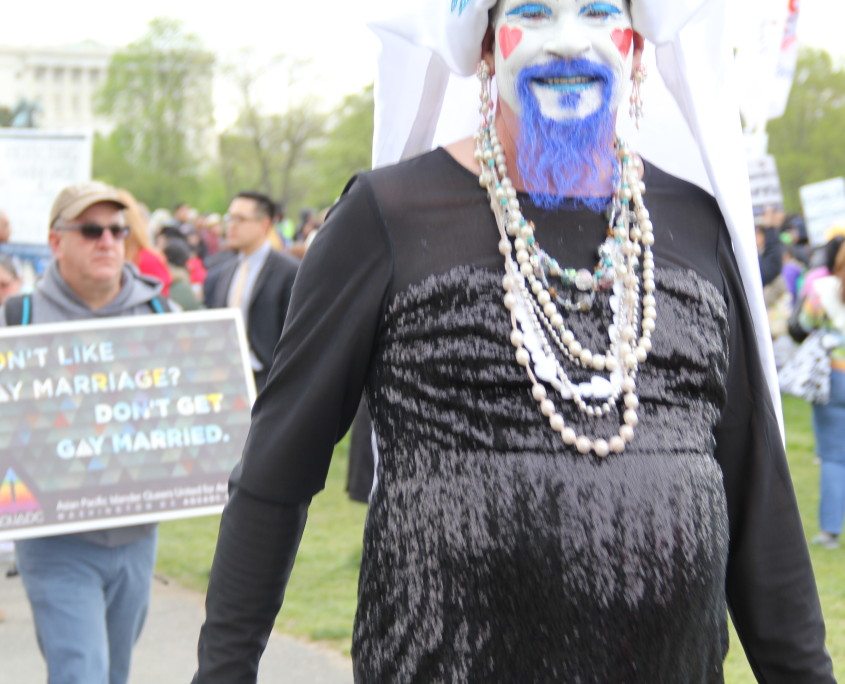 But really, what we tried to focus on was this guy.  And the world his grand kids are going to grow up in. 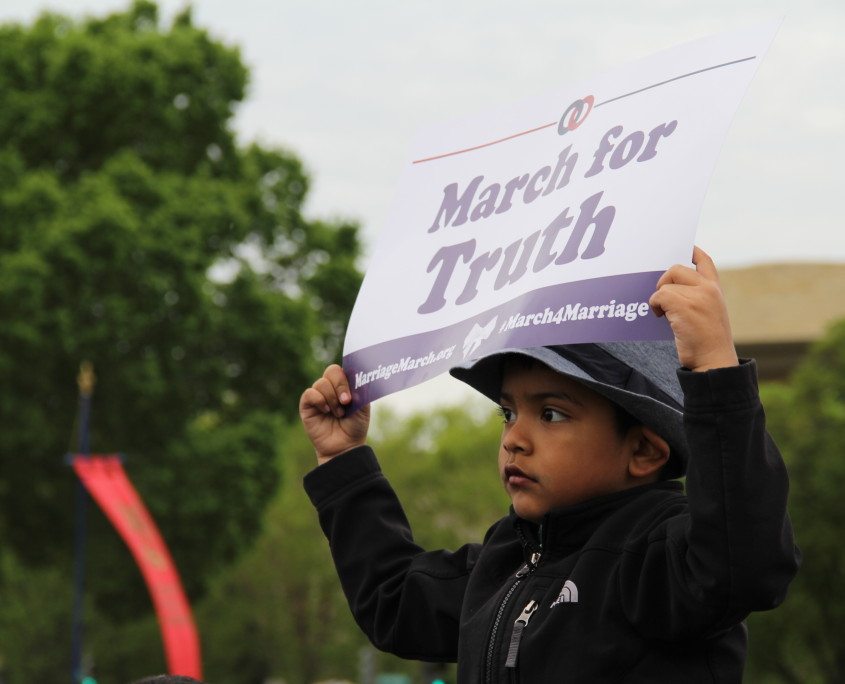 That is why we marched. 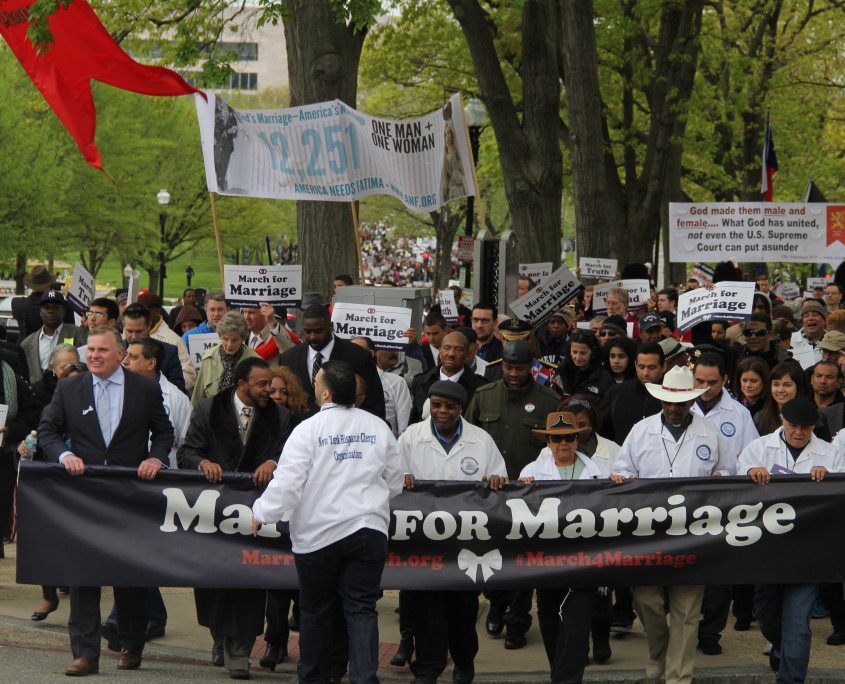 For oral arguments on Tuesday, only 50 seats will be open to the public and people are already camping outside to get one of the coveted seats.  These two drove up from Georgia to sleep on the sidewalk for five days to be inside the courtroom.

Or it could be that they’re being paid by someone who wants to be inside the courtroom but doesn’t want to sleep on the sidewalk.  We don’t know for sure.  But we don’t judge. We like an entrepreneurial spirit. 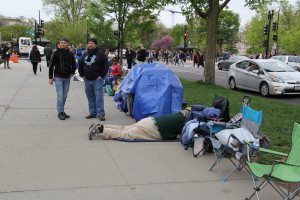 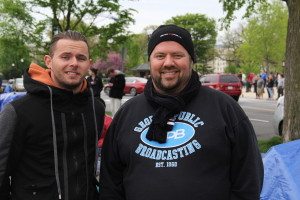 Please keep praying.  The arguments made on Tuesday at the U.S. Supreme Court and the decision that follows will be remembered hundreds of years from now.  The lives that will be impacted for good or for harm are innumerable. God is never not in control, but every day people suffer harm that wasn’t necessary…if only we’d obey.