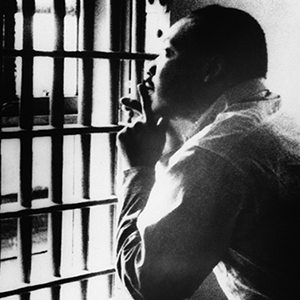 If there’s one thing today’s secular progressive enjoys, it’s telling Christians how to be Christians.

It feels funny when it happens. A bit like getting combat training from Jane Fonda or Cindy Sheehan.

But they mean well.

And they know a verse. Their favorite verse is Matthew 7:1, which says “judge not lest ye also be judged.” They quote it every time a Christian expresses an opinion because their years of deep theological study have shown them that Matthew 7:1 means it’s wrong to have an opinion. About anything. After all, an opinion is a judgment and you can’t do that.

Says so right there.

The urge to lecture Christians on how to be Christian is almost irresistible in the dispute over whether businesses can be forced to participate in same-sex weddings.

“I thought you were a Christian. Aren’t Christians supposed to follow the law?”

For the moment, let’s put aside the far-from-resolved debate over whether the law really does mandate involuntary servitude for same-sex weddings.

For the purpose of this conversation, we will assume that it does.

In his Letter from a Birmingham Jail, Martin Luther King Jr. wrote one of the greatest commentaries ever written about what Christian citizenship requires.

It is also instructive to remember the context in which the letter was written. It was a letter written to his fellow clergymen who were concerned about his activities.

At the time, not everyone appreciated his demonstrations the way we do today.

Specifically, they expressed “anxiety over [his] willingness to break laws”. He acknowledged the apparent contradiction in urging people to obey the Supreme Court’s decision of 1954 outlawing segregation in the public schools and demonstrating in ways that the law forbid.

“How can you advocate breaking some laws and obeying others?” he asked rhetorically.

His response is instructive both for the Christian and for those who seek to understand what motivates Christians,

Well how do we know whether a law is just or unjust?

And this is where everyone starts to get uncomfortable. Is that MLK or Jerry Falwell?

Then he gives some examples:

An unjust law is a code that a numerical or power majority group compels a minority group to obey but does not make binding on itself.

I wonder if that would include laws that let one person decline to bake a cake with a message they disagree with but not another person. Doesn’t he understand that these people offend me?

The left isn’t going to condemn MLK anytime soon because they like what he did. But their failure to appreciate or even acknowledge why he did it causes them to miss a much larger point.

Fundamental to Christianity is the idea that there is a law higher than man’s law.

The compulsion to obey God regardless of what the law says is the reason the Civil Rights movement was a movement of Christians. It is the reason Quakers violated the law to be an integral part of the Underground Railroad. It is why Christians rallied against the ancient practice of exposure in which infants were set out to die immediately after birth. It is why Christians worked in India to eliminate the practice of burning widows on the funeral pyres of their husbands.

This isn’t an attempt to provide an exhaustive history of Christianity. I’m confident I don’t need to remind you of the challenges the Christian church has had. That’s what President Obama is for.

But context is important.

The reason Christians violated the law to free slaves, save babies from exposure, and rescue widows from funeral pyres is the same reason Christians today feel they cannot be part of a same-sex wedding ceremony. We are bound to a higher law.

And before you start lecturing your Christian friends about why their position is actually not the Christian position, stop and ask yourself this question. “Do I actually know what I’m talking about?” If you haven’t read a Bible in a year, the answer is likely no.

Besides, the fact that you may not understand why someone feels something is wrong should not prohibit you from respecting their conscience anyway.

Nevertheless, the idea that there is a law that is above government is not simply just a Christian idea, it is an American idea as well.

The Declaration of Independence reminds us that our rights are endowed by our creator not our government and that governments are created to secure rights, not to create them.

We are a constitutional republic (rather than a democracy) with a Bill of Rights specifically because our Founders understood that the majority can be wrong; a position that assumes a moral law exists above legislated law.

Therefore, even if everyone knows I’m a terrible, horrible, very bad guy, even ninety-nine percent of the public can’t vote to take away my right to free speech, the free exercise of religion, or a fair trial.

Your rights transcend your political popularity and the government exists to protect those rights, not appease the mob.

This structure protects us all because, as the gay lobby has so clearly demonstrated, neither political popularity nor political powerlessness are necessarily permanent conditions.

While the right not to participate has historically been protected by the First Amendment’s guarantee to the Free Exercise of religion, some now claim the obligation to participate is required by the “duly enacted” non-discrimination statute.

The majority said you can’t use religion as an excuse to “discriminate”, so you can’t.

But again, we’re assuming none of that matters.

In a world in which the law is in conflict with the Christian conscience, the response from many on the left is a cold, “Just obey the law.”

To which the florist responds, “I will obey the law, I just won’t obey your law.”

And from his perch in heaven, Martin Luther King Jr. says, “You go girl!”