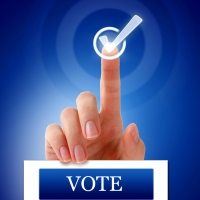 The last two years were historic because of the formation of a bi-partisan majority coalition that was formed when two Democrats joined with the Senate Republicans to take control of the state Senate.  As a result, the leadership of the Senate was taken away from downtown Seattle to more moderate leadership.

Without this coalition in place, it is likely that the Abortion Insurance Mandate would be law, taxpayers would be funding telemed abortions as well, and minors who want professional help with unwanted same-sex attraction would be prohibited by law from getting it.

These bills were not defeated because of a socially conservative majority in the Senate, but because the Majority Coalition agreed to table debates over controversial social issues so they can focus on legislation affecting jobs, budgets, and transportation.

It was an issue of prioritization.

But it wasn’t just social issues that were affected.

Debates over tax policy, immigration, gun control, transportation, and education were all significantly impacted by the fact that the leadership in the Senate had changed.

When progress happens in the legislative arena, it is helpful to step back and ask how it came to be.

Was it an accident?  Stroke of good fortune?  The result of an actual plan?

In 2012, FPIW Action targeted more than 4,000 pro-family households in each of 5 legislative districts to educate them about the positions of candidates on their ballots.

In one of those races, conservative Vancouver Senator, Don Benton, won re-election by 78 votes.

If 79 people had decided not to vote, or if 40 people had voted a different way, the last two years in Olympia would have been very different.

78 voters in Vancouver made all the difference.

But that hand has been dealt and played now. The session is over.

Every seat in the House of Representatives, and half of the Senate, is up for election.

If you are encouraged by the fact that Olympia no longer rubber stamps everything the abortion industry sends their way, remember why that is. It wasn’t an accident.  It was a result of a deliberate effort to educate people who share our value system in targeted areas to make an informed vote.

Next time, it might be 50 or 100 people in your neighborhood that make the world a better place simply by filling out a ballot.

The fact that so many critical policy decisions are effectively made in November is the reason our work at FPIW doesn’t slow down once the legislative session is over.

Beginning, Monday, March 31, FPIW will launch its “Interim of Engagement” campaign, a monthly mobilization itinerary of grassroots activities and action items you can do to continue making a difference during the interim.

Those same friends who made the phone calls, attended legislative hearings, met with their legislators, and wrote emails during the legislative session will now be helping us to educate about the issues, register voters, inform voters, and get their friends to do the same.

Who knows, the 79 voters who are going to make all the difference next time may be reading this email.