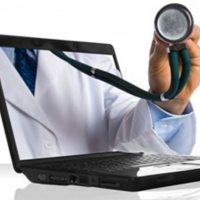 This bill (HB 1448), which would have facilitated payment for medical services done remotely, is generally seen as an advance in health care because it makes it easier for people who live in rural areas to access health care.  Many health services, particularly in mental health, do not require a physical examination of a patient.  The ability to consult with your doctor without the need to drive hundreds of miles would be an improvement.

Nevertheless, after passing unanimously through the State House of Representatives, Planned Parenthood testified in support of the bill in the Senate, alerting people to the fact that this bill may not be as innocent as it appears.

It turns out that Washington is not the first case to facilitate telemedicine.  In Iowa, the legislature passed a similar measure.  However, one of the unexpected results was that the abortion industry began taking advantage of the measure in ways that were harming women.

Drugs that cause chemical abortions were being prescribed by medical providers who were hundreds of miles away from their patients.  These drugs, which have caused death and frequently cause severe abdominal pain, were leaving women to deal with serious complications far from any medical care to help them deal with it.

In the end, the Iowa Department of Health examined the evidence and banned the use of telemedicine for abortion. For similar reasons, eleven state legislatures have passed legislation banning telemed abortions.

Planned Parenthood has sued the state of Iowa challenging the Board of Health decision.

The abortion industry generally is having an increasingly difficult time finding medical providers to perform their abortions.  Applying this technology to abortion would make it much more efficient to prescribe the drug and get the taxpayer reimbursement.  Fewer medical providers would need to be involved.

The problem with telemed abortions is particularly acute in a state like Washington that has no parental notification law.  It would have created a situation in which a 14 year-old girl could get a chemical abortion without her parent’s awareness hundreds of miles from the doctor who prescribed the drug.  Not only would her parents not know, but perhaps the only adult who does know would be unable to help with complications.

The Board of Health in Iowa Banned the use of telemed abortions because they heard from women who had driven hundreds of miles, while bleeding in their car, looking for help.

In the end, there was general agreement on the vast majority of this bill.  Typically, in situations like this, the bill would simply be amended to remove the small part of the bill on which there is disagreement so the rest can be advanced.

Don’t let the best be the enemy of the good, right?

But nothing involving the abortion industry is very typical.

Once the issue was raised, the abortion industry took the position that if telemedicine would not be available so they could prescribe chemical abortions to children from hundreds of miles away, it shouldn’t be available to those needing mental health services in remote parts of the state either.

Still, whenever the abortion industry loses a chance to expand its business, it’s a good day.

And you made it happen.  And not just on this bill.

From the Abortion Insurance Mandate, to the ban on Sexual Orientation Change Efforts, to telemed abortion, the thousands of times you reached out to legislators made all the difference.

Your voice is being heard and it is changing the debate in Olympia. Keep doing it.  And go recruit some friends.  There’s obviously a long ways to go.

78 Votes Made All the Difference
Scroll to top