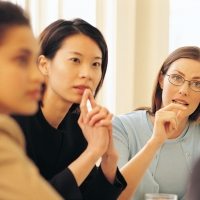 Emily Minick is a senior legislative assistant at the Family Research Council and Danille Turissini is the grassroots director at the Family Policy Institute of Washington.

“Women in the state of Washington should be allowed to make their own informed decisions regarding their health and insurance coverage.”

We could not agree more.

It is ironic because this is the same argument supporters of H.B. 2148 the so-called “Reproductive Parity Act,” made during hearings and debate on this bill, but we oppose the bill. This bill would require every insurance carrier in the state of Washington to include “voluntary termination of pregnancy coverage” alongside their maternal benefits package. In other words, every one regardless of ethical concerns would be required to pay for elective abortion coverage.

Mandating that all insurance companies include elective abortion coverage in their plans is anything but allowing women to choose for themselves what plan works best for their life, family and values.

It seems that supporters of H.B. 2148 are only in favor of allowing women to make the “right” choice for abortion coverage. If a woman does not want elective abortion coverage included in her healthcare plan, as many women said in their testimony before committee, she will be forced into compliance or be left with no other choice but to forfeit maternity coverage. This is especially problematic for women of child-bearing age.

The mandate would affect not only the state exchange, but alsoemployer-based healthcare plans. If a private family business owner, due to their deeply held moral beliefs, does not want to provide elective abortion coverage in their employee healthcare plan, they could be forced to cease offering that coverage for their employees and their families, or pay massive fines of up to $100 per day per employee for non-compliance. These crippling fines are devastating for any size business and will cost $36,500 per year per employee.

Family businesses, their employees, and women should be able to choose which health plan is right for them without the state government coercing them to purchase a healthcare plan that includes elective abortion coverage.

No other state requires that all insurance companies operating in a state include elective abortion coverage, without question, without exception.

During the recent House Health Care and Wellness public hearing on H.B. 2148, Clark County Republican Rep. Paul Harris suggested an alternative mandate would be a requirement that insurance companies provide a summary of benefits that clearly state whether a policy covers abortion or not. Likewise, U.S. Representative Chris Smith (R-N.J.) has sponsored “The Abortion Insurance Full Disclosure Act,” which essentially does the same thing, in that it requires all health care plans to inform consumers at the time of purchase about elective abortion coverage. In either case, state or federal, women who want to purchase a plan that includes elective abortion could do so, but women who do not wish to pay for elective abortion are not forced to do so.

Respecting the freedom of conscience is a long held American tradition. H.B. 2148, if passed, would not protect people of conscience nor protect women who do not want elective abortion coverage included in their healthcare plan.

H.B. 2148, the so-called Reproductive Parity Act, would eliminate choice, freedom and personal decision-making in women’s healthcare. There is no “parity” about this bill – it should be more accurately referred to as the “Abortion Insurance Mandate.”

All women in the state of Washington should be concerned about this bill and work to ensure no woman is forced into compliance by the state government simply because she holds her own opinion and beliefs.