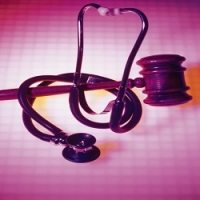 Monday afternoon the House Health and Wellness Committee held a hearing on HB 2148, which would require all insurance policies in Washington State to cover abortion. Proponents of the legislation refer to it as the Reproductive Parity Act (RPA).

Proponents of the bill argued that the mandate is necessary to ensure that women’s choices about their pregnancies are not dictated by their insurance coverage.

Rep. Paul Harris, from Vancouver, suggested an alternative to a mandate would be a requirement that the summary of benefits clearly state whether the policy covers abortion or not.

Dr. Annie Iriye, from the American College of Obstetrics and Gynecologists countered that the mandate, rather than full disclosure, was necessary because some women who would say they don’t want an abortion may actually want one when they become pregnant.

Several women, including a young mother and a student, testified that women should have the choice to decide for themselves if they wanted abortion coverage and should not be forced into it by the government.

Everett business owner, Aaron Mischel, told the committee he did not want his company to be forced to purchase abortion insurance because he is morally opposed to abortion.  Mischel shared that his biological mother, who was raped, ultimately gave him up for an adoption after attempting to get an abortion.

Winner of the award for most ironic testimony was Elaine Rose, CEO of Planned Parenthood Votes Northwest.

Moments after six women had testified that they wanted the freedom to choose plans that did not cover abortion, she testified in support of the mandate saying that, “the purpose of the RPA is to make sure that women, (dramatic pause) women make decisions about the kind of health care they want.  Not insurance companies, not the government, not you, but women.”

Rose continued, “What we have always acknowledged in this state, is to acknowledge that women, even before Roe v. Wade, that women actually are competent, autonomous human beings who can make these kinds of decisions. And these decisions shouldn’t be made for them.”

She ended her remarks saying, “I would hope you would recognize that women can make those decisions with their families and their god.”

It was as if the fact that she was trying to take away women’s ability to choose the kind of insurance they want was completely lost on her.

Angela Connelly, President of the Washington Women’s Network, summarized the opposition testimony well when she said, “This bill is not about access to abortion. This is a bullying bill. It’s not about choice. It’s about taking away choice.”

You can watch the entire hearing online by clicking here.

You can also contact your legislators through the legislative hotline at 1-800-562-6000 or you can email them by clicking here.