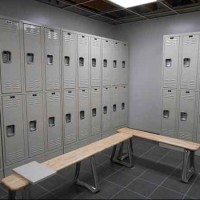 In a story that could foreshadow future developments should Washington voters approve Referendum 74, a story out of Evergreen State College reveals some of the consequences of attempting to eradicate the significance of gender differences.

According to a letter from the Alliance Defending Freedom, which can be found here, Olympia parents are concerned over the use of a woman’s locker room by an Evergreen student who, though anatomically a man, lives as a woman.

Students from Capital High School and Olympia High School, as well as children with Evergreen Swim Club and Aquatics Academy regularly use Evergreen’s pool and locker rooms.  Most of these students are minors, and range from ages 6 to 18.

On several occasions recently, these children saw a naked man in the woman’s locker room sauna who was displaying his male genitalia. The children saw him through the sauna’s glass door, which allowed him a plain view of the young girls while they were changing.

Student’s notified their coach, who notified authorities, who discovered that the person in question was an Evergreen student named Colleen Francis, 45.

Evergreen State College has indicated that Francis’ use of the women’s locker room is protected by its non-discrimination policy, which protects people on the basis of gender identity.  That means that because Francis wants to be treated as a woman, the school will give him the same access to the women’s locker facility as actual women, even if it makes children, who have no idea about gender expression or identity issues, very uncomfortable.

Understanding that this situation is making children uncomfortable and parents angry, the school did attempt to create an accommodation. Did they ask Francis to understand the uniqueness of the situation and explain that the courteous thing to do is be naked somewhere else?

Instead, Evergreen has made curtains available to any women who would prefer not to dress in the presence of a naked man while in the women’s locker room.

I wish was making this up.

While this appears to represents an obvious violation of Washington’s indecent exposure law, RCW 9A.88.010, Evergreen has refused to take action and local prosecutors have refused to enforce the law.

In doing so, they have unilaterally carved an exception into Washington’s indecent exposure law by stating that it is not only ok for men to expose themselves to young children while claiming to be a woman, it is discrimination to prevent it.

In fact, one of the more remarkable parts of this story is that Francis alleged discrimination when asked to leave the locker room.

While this does feel like an opposite world moment, we should not be entirely shocked by this development.  After all, Washington is about to vote on whether to make marriage genderless.  In doing so, we would be taking the formal position that men and women have no material differences between them that are worth recognizing in relationships.

Once we decide that gender is meaningless in relationships, the idea that men and women would be required to get naked in separate places becomes less obvious as well. After all, separate is not equal.

This is precisely what happened in Massachusetts after marriage was redefined there.  The new legislative priority was a bill affectionately known as the “bathroom bill” which protected the rights of men dressed as women to use women’s public restrooms.

It can get worse, folks. And it looks like in Olympia, it may already have.

Is Marriage the Magic Word?

My Thoughts After Referendum 74
Scroll to top