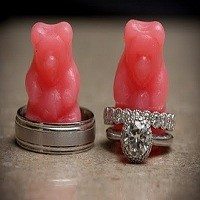 Same-sex couples already have every right and benefit of marriage.  The outcome of Referendum 74 will not impact anyone’s ability to inherit, get health care benefits, visit each other in the hospital etc…

So, in order to create a sense of unfairness, proponents of redefining marriage are placing great significance on the term itself.

Regardless, what becomes apparent in the course of these conversations is that proponents of redefining marriage are not so much interested in the rights and benefits of marriage as in the generally favorable view people have of relationships that are called marriages.

The goal, it seems, is to export the favorable view of marriage to other relationships through the term “marriage”.

“You like marriage?  Well cool, this is marriage too.”

We have grown in our ability to treat each person with the dignity they deserve as people made in the image of God.  Still, it does not follow that culture has, or ever will, embrace the idea that marriage should be genderless and that men and women are interchangeable in relationships and parenting.

This reality is demonstrated by the fact that 65% of the people in the 32 states that have voted on this issue have said that marriage is between a man and a woman.  For hundreds of millions of people in America, gender still matters.  That’s not going to change.  You can punish it, but you can’t get rid of it.

The idea that you can eradicate the idea that people believe there is a difference between same-sex and opposite sex relationships by redefining the term “marriage” is unreasonable. Will and Grace was good, but not that good.

This strategy has been tried before in other contexts.  Every parent has tried to entice their children into eating their vegetables by calling it “candy”.  It doesn’t work for the parents because children know the difference between spinach and gummy bears even if you use the same word for both.

Culture has a favorable view of marriage because we have, over thousands of years, developed an appreciation for the unique roll that lifelong relationships between men and women provide to our species and our culture.  That value, earned over millennia, cannot be exported to other relationships through this particular arrangement of the letters “M-A-R-R-I-A-G-E”.

Of course I am more than skeptical that the world will ever embrace genderlessness in the way same-sex marriage proposes.  Men and women are different, in meaningful ways.  And I suspect that reality is so obvious to the vast majority of people that you’ll never be able to convince them otherwise even if you redefine commonly understood terms in an attempt to do so.

But even if you’re optimistic about the long-term prospects of genderless marriage, wouldn’t it be better if those relationships demonstrated their value over time?  Isn’t this particularly true given the fact that the relationships are treated identically under the law?

As Pete Carroll, the coach of the Seahawks, would say, “earn everything.”

Words don’t give meaning, they derive their meaning. Otherwise, it would be really easy to get children to eat their vegetables.

Is Gay Marriage a Civil Right?