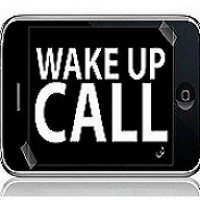 In about 60 days, Washington State will vote on the definition of marriage.

This decision will be a definitive moment in the history of our state, and possibly in our nation.

Washington could become the first jurisdiction in the history of human civilization that went to the ballot and voted for same-sex “marriage”. The eyes of the world will be on us.  Those hoping to redefine marriage believe victory in Washington will break that dam that will ultimately take it to the rest of the nation and eventually the world.

One of the questions still to be answered is how the churches, and those within them, will respond to this issue.

Many churches are pretending the issue doesn’t exist because “we don’t do politics”—as if there is a closet somewhere God shoved a few things in and said, “I don’t really care about that stuff, don’t bother talking or thinking about it.”

I routinely encounter people who agree with me philosophically, but wonder why it really matters. They don’t think redefining marriage would be good public policy, but they wonder if it’s really worth all the fuss.

If you are such a person, let’s go back to the beginning for a moment.

In the Garden of Eden, before sin entered the world, the serpent asked Eve, “Did God really say that if you eat of the tree of the knowledge of good and evil that you would surely die?”  Of course she knew that He had, but ultimately she convinced herself that disobedience would not actually lead to death, as God said, but would actually make her more like God.

And so it began.

Ever since, we’ve been telling ourselves not only that we know more than God, but that in doing so we are becoming more godlike.  Fascinating, isn’t it?

We have all had similar moments in our personal lives where we decided we knew better than God and inevitably suffered the consequences.

So it is culturally, as well.

The debate over the definition of marriage in Washington is really a question of whether we know more than God.

Of course we don’t.

It is the churches in Washington who should have the best grasp on this reality and should be the most eager to communicate this not only to each other, but to the world around them.

The churches should also be most acutely aware of the fact that you can’t start acting like you know better than God and not deal with the consequences. That’s the nature of pride, it always precedes a fall.

We apply this fairly well to individuals, but less effectively to culture.

The advantage we have in a cultural debate is that we actually have some influence in the decisions that are made.

So the question we have to answer is whether we are going to graciously use the cultural influence we have in an effort to prevent the inevitable harm that would result from telling God we know better than him, or whether we will surrender our influence, try to keep the peace, and promise to be around to help pick up the pieces.

Maybe we should pray about it.

Marriage is a Social Justice Issue

Is Gay Marriage a Civil Right?
Scroll to top