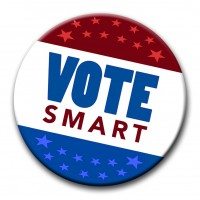 As you have conversations about the definition of marriage, you may have an exchange that looks something like this.

You: I think the definition of marriage should be a man a woman because the purpose of marriage is not just to make adults feel good. It is good for kids to have both their mother and father present in their lives and the current definition of marriage recognizes that it is important while still allowing people the freedom to make other arrangements if that is their choice. After all, same-sex couples in Washington have all the rights and benefits of marriage already.

Of course you aren’t trying to force everyone to be like you, and you may resent the implication. In fact, you like freedom and you think people should be free to make choices that you wouldn’t make. But you don’t necessarily think our public policy should encourage it.

However, now that the accusation has been made, you might be tempted to retreat from your position simply to prove that it’s not true. But that would be a mistake, and here’s why.

Everyone is legislating their morality.  EVERYONE.  The idea that “you can’t legislate morality” is just as irrational as saying that you support “marriage equality.”  It only makes sense if you refuse to think about it.

You see every legislative idea is fundamentally a moral one because every law is a statement that certain things are “good” or “bad”, desirable or undesirable.

If you don’t believe your secular, leftist friends are moralists, simply find a bucket of chemicals and act like you’re going to pour it into the creek. Not only will you discover their strong moral compass, but you’ll also discover that they are perfectly willing to use the force of law to compel you to live in a way that is consistent with their sense of right and wrong.

Of course the point here is not that people should be able to pour chemicals into creeks, but to help you respond when your secularist/leftist friends piously scold you for trying to impose your morality on others.

If they’re honest, they must admit that they are also trying to impose their morality on others.

Yes, the idea that marriage between a man and a woman provides unique benefits to children, society, and the next generation is, at least in part, a moral position.  However, the idea that homosexuality and heterosexuality are equally desirable, that children should be taught about both in school, and those who disagree should be forbidden from running their businesses and non-profit organizations in a way that is consistent with those beliefs is also a moral position.  It’s simply a different moral position.

The point here is not to focus on who is the greater moralist, but to move beyond that truly irrelevant discussion that focuses on the personalities in the discussion to an actual discussion about the implications of the policies and the ideas they represent.

Those trying to redefine marriage prefer to talk about people rather than ideas. They want to talk about how nice gay people are or how mean you are. Both of which, depending on the individuals involved, might actually be true.  But it’s not relevant.

Proponents of genderless marriage prefer not to talk about the implications of their proposals.

They want to prevent those conversations from happening by accusing those who think critically about the subject of being a moralist. Fortunately, now that you are equipped with a bucket of chemicals and a creek, they’re going to have a harder time doing so.

The Myth of Marriage Equality