Mark served in the Senate as a Republican for one term from 2014-2018 after serving as a State Representative for seven terms as a Democrat from 1999-2013.

He is known as both a Pro-life leader and in the efforts to combat homelessness and drug addiction in the WA. He has served as Chair on the Senate State Government Committee, House Housing Committee, and both the House & Senate Accountability Committees. He has been selected to serve on the National Board of Examiners for the U.S. Department of Commerce Baldrige Performance Excellence Program, where he has assessed the performance of many organizations.

Mark Miloscia was born in Biloxi, MS and moved to New York City at six. He served as an Air Force officer and a B-52 pilot and contract manager for 10 years. He has a BS in Engineering from the Air Force Academy, an MA in Clinical Psychology from Chapman University, and an MBA from the University of North Dakota. He has also completed the Leadership Program at the Taubman Center for State and Local Government at John F. Kennedy School of Government at Harvard University

He has worked as a lobbyist for the WA State Catholic Conference, as a substitute school teacher in the Federal Way School District and Catholic Archdiocese, as a Director for Goodwill Industries and as the Executive Director Federal Way Youth and Family Services. Mark also previously served as an elected commissioner for the Lakehaven Utility District.

Mark has been married to his wife Meschell for 40 years, and they have three children and 10 grandchildren.

Brad worked several years in clinical practice before moving to Nashville to establish and manage clinics across the United States for Physiotherapy Associates. After moving to Olympia in 1994, he accepted a position working for the City of Olympia as their Employee Healthcare Manager, where he developed the City’s award-winning wellness program.

Deeply committed to helping his community, Brad has led several ministry efforts in the City of Olympia, including providing free “on the street” physical therapy to the area’s homeless population though City Gates Ministries; serving as a board member of City Link Ministries; working at the Union Gospel Mission and Thurston County Food Bank; teaching at Set Free, an organization that ministers to recovering addicts; and providing pastoral care at Capital Medical Center.

Ordained as a pastor in 2020, Brad enjoys sharing the gospel and testifying to the transforming power of Jesus Christ. He is determined to see Washington state change course for the better — protecting individual rights, freedoms, and Christian family values.

He and his wife, Kelley, live in Olympia and have three children and three grandchildren.

The son of a sixth-generation pastor, it was no surprise when Ken Ramey, FPIW’s Director of Pastor Outreach was called into ministry at 16. After Bible colleges and seminary, Ken served as a full-time youth pastor for two decades, then served as Senior Pastor in two churches with the last stretch being 12 years in Kirkland. In 2010, Ken launched EvangeCoach Ministries to coach pastors and Christ-followers in personal evangelism, during which he was hired as a ministry contractor for the Billy Graham Evangelistic Association, where he worked until joining FPIW. Ken has been blessed to pray and evangelize with, encourage, and train pastors and churches all across America.

Keith Adams is the Director of Church and Grassroots Outreach at FPIW.

Keith was born in Chicago and at 13 years old moved to the Pacific Northwest. He attended Highline College, then went to Western Washington University, and finished at the University of Washington, majoring in Business Administration and Marketing.

Keith worked in management roles with the Weyerhaeuser Co. for 40 years before moving on to work for the Billy Graham Evangelical Association (BGEA), his posting for several years before joining FPIW. While there, he worked with pastors and Christian leaders in Washington state, supporting Franklin Graham with Decision America Tours and leaning into God’s calling on his life.

The skills Keith developed over many years working with churches and pastors help nurture engagement by pastors, Christians, and b businesses in promoting life, parental rights, marriage, religious freedom, and Christian-style social justice (helping the destitute).

Jeryl was born and raised in Spokane County. An only child, she grew up in the Mead school district enjoying country life, playing trombone, reading, drawing, and horses. After community college and a stint at Eastern Washington University, Jeryl married and started a family, having two sons and a daughter. After a divorce, she met her current husband, Tim, in 1978 and he was instrumental in her conversion to Christianity. Tim already had two young children, a girl and a boy, making a family of seven!

The Lord used Jeryl’s love of books and gifting for sales to lead her and her husband into a Christian book business/ministry from home. They wholesaled Christian books to grocery stores, book fairs, and family camps for 25 years, until Jeryl’s parents’ failing health led Jeryl and Tim to close the business in 2003 to focus on supporting them, which they did until her parents’ deaths.

In 2015, a group of friends invited her to join them on a visit to Olympia to see Franklin Graham during his 50-state tour of state capitals, which eventually led to Jeryl’s service as the Spokane Tour Guide for Franklin Graham’s Pacific Northwest Decision America Tour. She engaged pastors, and local business people during that time to encourage participation in an event culminating in 15,000 people gathered to hear the Gospel of Jesus Christ.

When FPIW asked Jeryl to join their team to educate and inform Washingtonians about state politics while evangelizing Christ crucified, it seemed a natural fit. She gets to promote Jesus, engage pastors, business owners, and everyone else she meets to put her faith into action and take a stand for traditional Christian social values in the marketplace and political arena.

All glory to God!

Elizabeth Doll is the Office Manager and Team Coordinator at FPIW. Born and raised around the Puget Sound, Elizabeth began working in politics while still a teenager. While interning on a Congressional campaign at 17, she discovered a passion for the work of improving her community and influencing it toward liberty that burns to this day.

Elizabeth grew up attending church every Sunday, teaching preschool Sunday school throughout her pre-teen and teenage years, and upon graduation from AWANA, earned her Citation Award.

Over the last decade, Elizabeth has volunteered, worked, consulted for, and managed a litany of Washington state campaigns from statewide gubernatorial races to local fire commissioner races. She currently serves as Kitsap County’s State Committeewoman and on the Western Washington leadership team for Braver Angels, a national non-profit dedicated to depolarizing political conversations and encouraging civility and understanding. 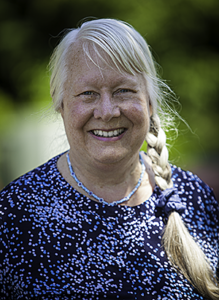 Redeemed by God’s grace, Judy Fenton has passion to see people embrace God’s plan for the family because it is a GOOD plan for everyone!

Judy has volunteered for FPIW since it was first founded, in 2007: calling churches, helping with signature gathering, etc.

Judy felt called to work on family policy issues in 1995 in Hawaii, thereby, founding the Grassroots Campaign to Inform Churches.  In Hawaii, she helped produce a voter guide for the Christian Coalition. Later, as a military wife in Texas, she volunteered with the Free Market Foundation.

In recent years, Judy has owned and operated a small food concessions business. She has assisted Sound Choice Pharmaceutical Institute with fundraiser banquets, and taught a preschool-age group at her church. In past years, she was secretary to the Consul General of the Republic of China (Taiwan) and a bookkeeper for Merrill-Lynch and small business.  Judy is a third-generation Seattleite and was privileged to attend Christian schools.

Judy is a mother of six, a former homeschooler, and grandmother of five.  She was a military wife for 20 years in Augsburg, West Germany; Monterey, California; West Berlin during the Cold War; Ft. Meade, Maryland; Oahu, Hawaii and Fort Hood, Texas. She has been married for 40 years to Mark, retired Army, who works with computer systems. They attend Calvary Chapel West Seattle.